Here we go again. Last night at “Great Balls of Fire”, Braun Strowman beat Roman Reigns in an ambulance match. In addition to that, Brock Lesnar successfully defended the Universal Title against Samoa Joe in the main event. That should set up an obvious title match at “Summerslam 2017” right? Well not exactly. 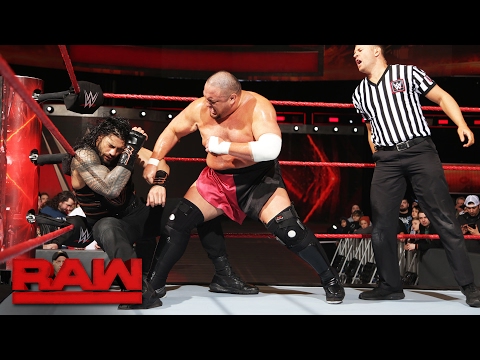 Tonight on “Monday Night Raw”, General Manager Kurt Angle announced that Samoa Joe will face Reigns next week for the #1 contendership and the “Summerslam 2017” Universal Title shot. Reigns wanted the shot in exchange for attacking Strowman after the match but Lesnar said no because he hadn’t earned it. Samoa Joe came out to say he wanted the shot because Lesnar was in trouble and he knew he could take the title in a rematch. Angle made the match for next week with no mention of Strowman.

Opinion: Unless Strowman comes out and interferes or is in some way added to the title match, I really don’t understand this. Samoa Joe getting a rematch is a stretch but Reigns getting one makes little to no sense when he didn’t even win his match at the pay per view. I won’t pronounce judgment on this yet as Strowman is looming but it needs something changed.

Who do you think will wind up getting the title shot? Should there be more than one challenger? Let us know in the comments below. 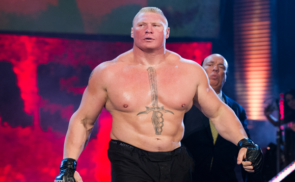 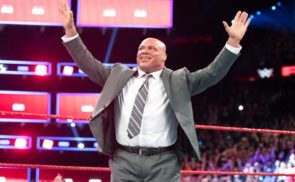