AEW Dynamite defeated NXT in the ratings by 207,000 viewers on November 13. It was the seventh straight time that WWE’s black and gold brand had fallen to Tony Khan’s upstart company, which was in the lead every week since Dynamite debuted on TNT. AEW fans celebrated this win, while WWE fans remained strong. But everyone suspected what was coming next.

Fans knew that if NXT fell to AEW even once during this “Wednesday Night War,” that WWE would eventually respond. The fact that NXT never won any of the head-to-head battles meant that WWE would sooner or later come out firing like never before. Now that’s becoming a reality as the November 20 edition of NXT is shaping up to be something special. The card is similar in tone to that of a TakeOver, which means that WWE is bringing everything it has to the fight. So does this mean that bad days are ahead for Dynamite?

AEW has slowly built a fan following over the past couple of months. The company’s base is largely comprised of independent pro wrestling fans, who followed AEW long before the TV deal of course. But along the way, new viewers have come onboard. Many of those viewers initially tuned in to see what the new company had to offer and that was to be expected.

After all, TNT had not featured live professional wrestling since the days of WCW and many of those fans had left the sport after WWE won the Monday Night War. Vince McMahon’s company was perhaps too outlandish for them, as the typical WCW product had an old school vibe, going back to the NWA. 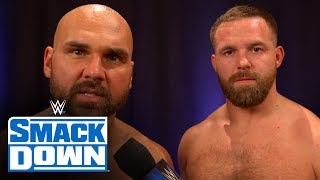 The National Westling Alliance was “real” pro wrestling to many of the diehard fans, while WWE was nothing more than a circus. Even with stars like Stone Cold Steve Austin and The Rock on top, WWE still wasn’t the type of wrestling product that old school fans wanted. When Austin retired and The Attitude Era stars began to filter out, WWE was left as a shadow of its former self. WCW fans had no reason left to stick around at that point.

Of course AEW would pick up some of those fans, who are now almost 20 years older. But the company may have also picked up some of those fans’ kids as well. AEW has the chance to entertain a new generation of fans and that’s exactly what’s been happening. AEW may not be breaking ratings records, but it’s clear that the audience is indeed growing.

But when WCW stepped up to challenge WWE, Vince McMahon answered. The answer was punishing and it was powerful. Over time, WWE moved the pieces into position to battle WCW and when enough ground had been covered, the tides shifted. WWE retook the lead and The McMahon Family never looked back. WCW made its fair share of mistakes as well obviously and those mistakes contributed to WWE’s win. But will AEW also begin making mistakes as well? 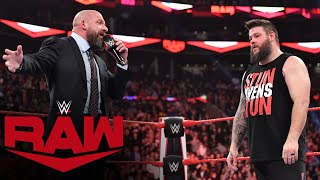 AEW has, to this point, been concerned only with presenting the best product possible. The company is still trying to find itself with the mainstream viewing audience, but progress has indeed been made. Meanwhile, WWE seems more concerned with what AEW is doing. Though no one in the company would perhaps ever publicly admit it, the fact is that AEW is a concern for WWE.

The decision to move NXT to Wednesday nights opposite of AEW obviously proves that. But the NXT invasion of WWE is perhaps the most glaring evidence that Vince McMahon’s company is more concerned than anyone ever realized. From the moment that the black and gold brand infiltrated both Monday Night Raw and Friday Night SmackDown, fans knew what was coming next.

The entire storyline was nothing but a means to an end. WWE wanted to put the main event names on NXT, because of the ratings and the November 13 loss to AEW was perhaps the final push into that direction. It’s clear that WWE believes something has to give and that the time has come to shut Dynamite down. The November 20 card is a direct reflection of WWE’s desire to finish this.

Watch all three brands go to war on Raw! 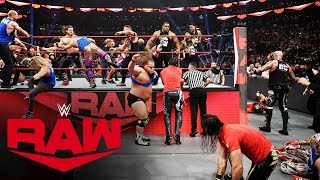 NXT Tag Team champions Bobby Fish and Kyle O’Reilly of The Undisputed ERA will battle The Revival in what will almost certainly be an instant classic. Both teams are considered by many to be two of the best in the game today and they will surely be ready to deliver when they take the stage. The Undisputed ERA and The Revival pride themselves on being the best and that will definitely show when they lock up on NXT.

The Undisputed ERA’s leader and NXT champion Adam Cole will face rising star Dominik Dijakovic in a Ladder Match to determine who gets the advantage for WarGames on November 23. Adam Cole is one of the premier talents in the industry today and he’s arguably the best in NXT right now. Every main event he works is a must-watch for fans and the same can be said of his opponent. Dijakovic has captivated the crowds with his athleticism and physical prowess in the ring. When these two lock up, magic is sure to be made.

Then there’s the fact that Triple H has invited anyone from the main rosters to appear on NXT. This list includes everyone from Seth Rollins to Roman Reigns, to Kevin Owens, to Bray Wyatt and possibly even Brock Lesnar. While none of these names have been advertised for NXT, the fact is that anything is possible. WWE is in attack mode right now and they’re ready to pounce.

Many critics would say that the obvious scramble to counter Dynamite will not bode well for WWE. The booking is haphazard and nonsensical at best. But the decision to throw a ton of stars onto the NXT program to spike a rating is nothing new on WWE’s part, as the company has done it many times before. The only question is will that decision work this time and if it does, what will it mean for AEW moving forward? WWE is ready for a fight and now it’s up to AEW to decide how to respond. 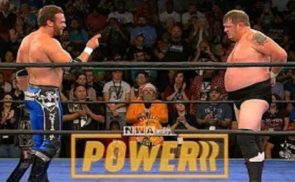 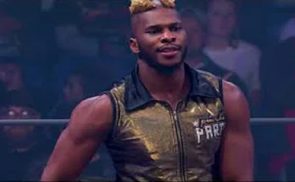