Ronda Rousey “Suspended” Just When She Gets Red Hot in WWE

Ronda Rousey snapped on the June 18 edition of Monday Night Raw. The former UFC Bantamweight champion destroyed Alexa Bliss and then attacked Raw General Manager Kurt Angle. She even took down two referees before slamming Bliss through a table in the middle of the ring.

Angle confronted Rousey backstage after the incident and suspended her for 30 days. The crowd was surprised, Rousey was furious and now fans are left to speculate. Will Rousey actually stay off of TV for the next month? Where is all of this going? What is next for Ronda Rousey?

Rousey’s issue with Bliss began at Money in the Bank. Ronda appeared to be moments away from becoming the new Raw Women’s champion when Alexa Bliss decided to cash in her newly won briefcase. Her interference cost Rousey the match and left Nia Jax flat on her back as the ex-champion. The Chicago crowd may have cheered for Bliss but that sentiment was not repeated on the following Raw.

Bliss was booed and jeered for her tactics and fans were firmly in Rousey’s corner when Ronda came down to the ring. The chaos that erupted was perfect and showcased a side of Ronda that has not been seen she came to WWE. For the first time, Rousey was not in full control of the situation and allowed her emotions to get the best of her.

But this is a Ronda Rousey that fans love. When it became clear that she was a natural in the ring, fans have surely been hoping to see the moment when she was cut loose. The majority of her segments have gone over well but they have seemed overproduced. It’s as if Rousey rehearses her spots ad nauseam long before the cameras turn on. Of course that may not necessarily be a bad thing.

No one really knew how she would look when the time came to prove herself. Fans were certain that she was ready from an athletic standpoint. Her MMA training prepared her for the physically demanding world of pro wrestling.

But the real test came when she spoke. Her facial expressions, her body language, the way she carried herself, all of these represented the unknown for Ronda Rousey. Would she be able to step into the reality of WWE and let go of everything else? If she faked it, fans would know it. If she failed, they would never let her forget it.

However Rousey has proved that she can handle the pressure. She looks as comfortable in her character as she does in the ring. Fans can feel the intensity when she stares daggers at her opponents. When she threatens to rip someone’s arm off, no one laughs at it. Ronda Rousey is indeed a beast and she lives the gimmick every time she’s on TV.

But fans have never seen her smash and destroy the way she did on Raw. Finally, Rousey went out and took matters into her own hands. She doesn’t have a Paul Heyman to keep her in line and the only one that really had her back besides Natalya was Kurt Angle. Now Ronda has put everyone on notice that she doesn’t need to be coddled and she doesn’t want to be held back. Ronda Rousey is a WWE Superstar and now she really looks like one.

But the suspension could work against WWE. The company has not revealed if she’s dealing with an injury and there’s been no word of any upcoming engagements outside of the business. It could be that WWE is pulling her in an effort to keep her fresh. However that seems to defy all logic.

Rousey is red hot right now and has really never been hotter. There may not be any immediate plans for her but that’s no reason to yank her now. The last thing she needs a is a cooling off period. But as fans try to understand what is going on, it may be a good idea to remember that the same thing tends to happen with Heyman’s client, Brock Lesnar.

Lesnar is not on TV and his appearances are at a minimum. He rarely ever works house shows and he’s hardly on Monday Night Raw these days. Fans can complain about his schedule and they often do, but nothing ever changes it. Lesnar’s absence directly affects Raw. Other Superstars talk about him on the air. But he just never seems to be around.

At some point during the planning for Lesnar’s run, WWE Creative must have believed that keeping him out of the picture was a good idea. Who cares if fans don’t like it? They’re not supposed to like it. After all, Lesnar is a heel. He’s not working for the adulation of the crowd. He’s working for the money. But this is not Ronda Rousey.

.@AlexaBliss_WWE has thirty days before @RondaRousey comes looking for her!

From the moment she came to WWE, Ronda has been presented as a fan living her dream. Rousey wanted to be a WWE Superstar and when her MMA career came to an end, she finally got her opportunity. Fans embraced her as one of their own and they accepted her when they very well could have rejected her.

Now that she proves herself in every way, Rousey is indeed part of the WWE. She no longer seems like an outsider and her life in the UFC seems like just a memory. Ronda Rousey is a pro wrestler now. She is across the divide and she is a WWE Superstar. But now she is out of the equation. Could fans turn on her or even lose interest?

Chances are Ronda Rousey will be okay. Her connection to the WWE audience is solid and hopefully this break will not do any damage. But it is a shame that the most noteworthy and highly visible member of the WWE roster is now stepping out of the spotlight. It is obvious how valuable she is it’s clear that her presence has benefited WWE.

More importantly, she has shown what hard work and determination can bring. The Ronda Rousey story is still unfolding and the next chapter will be begin when she returns. With any luck, the fans will be ready to open the book once more. 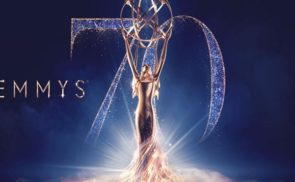 WWE Actually In The Running For Emmy Awards? 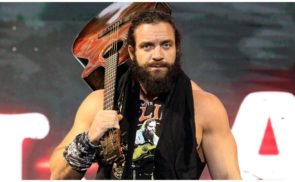