The NWA’s recent resurgence as a relevant professional wrestling brand gained some very important momentum at The Crockett Cup. The April 27 event emanated live from Concord, North Carolina and brought together legends from the past, as well as today’s stars.

The vibe in the Cabarrus Arena was electric, as fans of all ages gathered together to see what the historic promotion had to offer. At one time, the NWA was the largest, most successful wrestling organization in the industry and that aura preceded the company as it rolled into Concord. But did The Crockett Cup deliver?

The event included 11 matches and ran just under four hours. Fan fatigue was not an issue, as crowd excitement was evident during every bout. In the weeks following WrestleMania 35, WWE fans have cried out for a shorter event with more meaningful matches. In that regard, The Crockett Cup has laid out the perfect blueprint.

NWA legends Nikita Koloff, Magnum T.A., Jim Cornette, The Midnight Express and Madusa were all on hand to celebrate the event. The Crockett family were also there, accompanied by NWA President Billy Corgan. They posed with the Cup, bringing the past and present together. This was the perfect transition from the history of the NWA to the company’s efforts to make new history. 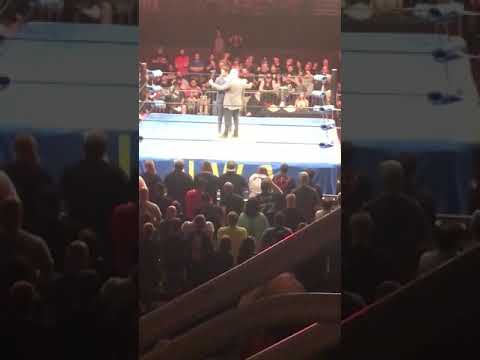 Perhaps not every member of the audience was familiar with every talent in the ring, but fans recognize hard work when they see it. The men and women that competed in The Crockett Cup event gave it their all and then some. Of course Ring of Honor’s presence on the card was heavy, but that presence was a definite asset to the show.

Flip Gordon and Bandido joined forces in a dream team effort, taking the crowd back to the era of red-hot babyface tag teams that once dominated the territories. Their opening match against CMLL’s Guerrero Maya Jr. and Stuka Jr. was high octane and pitch perfect, setting the tone for the entire tournament.

The Briscoes were a hit, as everyone knew they would be. Jay and Mark are always intensity personified and it’s extremely hard for anyone to ignore them when the two men are on their game. Love them or hate them, no one can deny that The Briscoes are stars and they proved that once again against the most legendary tag team of all time, The Rock ’n’ Roll Express.

Jay and Mark were surely honored to man up against Ricky Morton and Robert Gibson. The Rock ’n’ Roll Express are not the same 20-year olds that once electrified NWA crowds in the 1980’s. But they definitely showed some of that old magic as they went head on with The Briscoes. Jay and Mark did not slow down their pace, nor did they change their style, to suit the veteran Express. But they didn’t need to because Ricky and Robert more than kept up.

Watch The Briscoes face off with The Rock ‘n’ Roll Express! 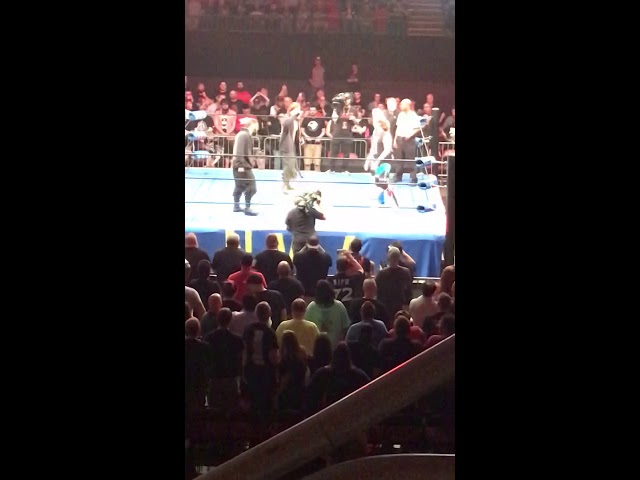 Crimson and Jax Dane of The War Kings had a good showing against Royce Isaacs and Thomas Latimer, the wildcard duo that proved to be more impressive than anyone realized. Isaacs and Latimer won two matches to make the finals, which was probably two more matches than they were expected to win. Isaacs and Latimer had an opportunity to show up and make a statement. They did exactly that.

But making a statement against PCO and Brody King is nearly impossible, as Villain Enterprises owned the Crockett Cup Tournament. They defeated Satoshi Kojima and Yuji Nagata, two legends of New Japan Pro Wrestling, in a match that was reminiscent of the hard-hitting Bunkhouse Stampede days of Jim Crockett Promotions. However, the smash-mouth fight did not end there, as PCO and King later went to war with The Briscoes in what could best be described as a train wreck.

Villiain Enterprises won the final match against Latimer and Isaacs, making Brody King and PCO the new NWA World Tag Team champions. The win also gave them the honor of being only the fourth team in pro wrestling history to hoist the Crockett Cup above their heads. But the Crockett Cup Tournament was not the only attraction of the night of course, as three other championship matches took place. 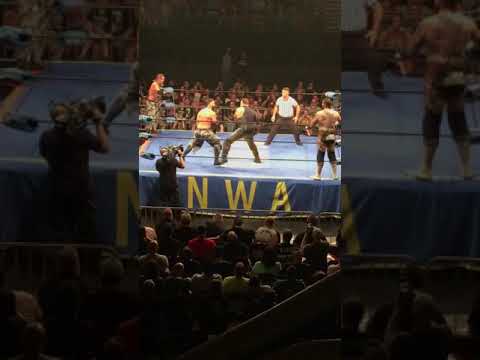 Allysin Kay became the new NWA Women’s champion when she defeated Santana Garrett in a very solid match. Kay was the perfect heel and showed why she was perhaps the best choice to wear the gold. Garrett was no pushover however, as she brought her experience and passion to this match, which was an important moment for the NWA. Women’s wrestling in 2019 is bigger and more relevant than it has been since the early days of the sport and this was another great chapter.

Colt Cabana became the new NWA National Heavyweight champion when he defeated Willie Mack. The “Boom Boom’ mantra of Cabana took a backseat to the wrestling, as he and Mack had a great showing and brought honor to the National Championship. The crowd was then surprised by the appearance of Cowboy James Storm, who gave props to Cabana and made it known he wanted a title match. The championship that was once held by Tully Blanchard, Wahoo McDaniel and Dusty Rhodes received a rejuvenated reboot from Willie Mack and that momentum will certainly continue, thanks to Colt Cabana.

But the most anticipated match of the night was the main event. At one time, the NWA World Championship match was the biggest draw of any pro wrestling territory. No title was bigger and very few bouts were more important. This was definitely the feeling that the NWA wanted to create going into this match and it succeeded on every level.

The NWA World Heavyweight champion Nick Aldis, the man that was chosen to guide the company into this new era, proved once again why he’s worth the investment. The National Treasure stepped up against arguably the hottest pro wrestling star in the business today, Marty Scurll. The NWA did an excellent job of documenting the history between both men in the weeks leading up to this match, as well as throughout the Crockett Cup event itself. The audience had been prepped for an instant classic and that’s what they got.

Watch Aldis and Scurll embrace after the match! 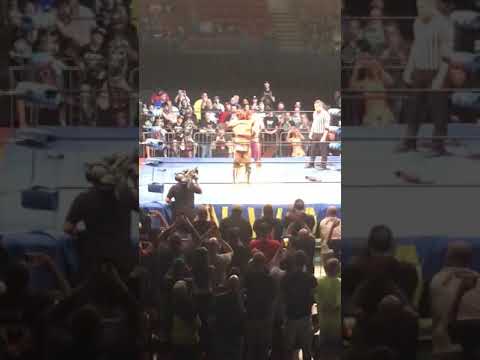 Scurll was unsuccessful in his bid to become the new NWA World champion. But this match was perhaps the greatest of his career to this point. Aldis was the man and Scurll proved that one day he will be. If the success of the Crockett Cup event rides on the success of this main event, then the NWA must consider this night a home run.

The National Wrestling Alliance may or may not ever reach the heights that it once enjoyed as the most prestigious pro wrestling organization on the planet. But on April 27, the NWA proved that it’s certainly heading in the right direction. The Crockett Cup was a top notch effort by the NWA to stake its claim and make history once again. For the NWA, this was about more than celebrating the past. It’s about anticipating the future that lays ahead. 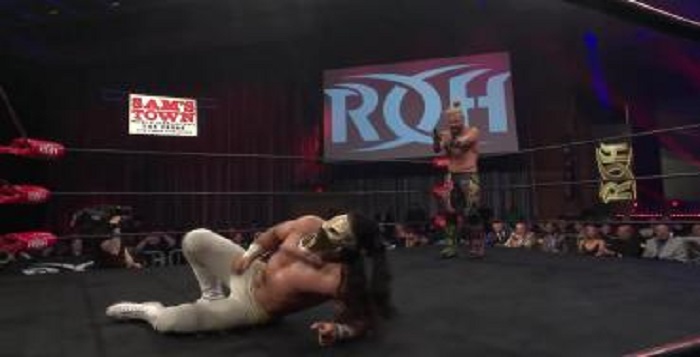 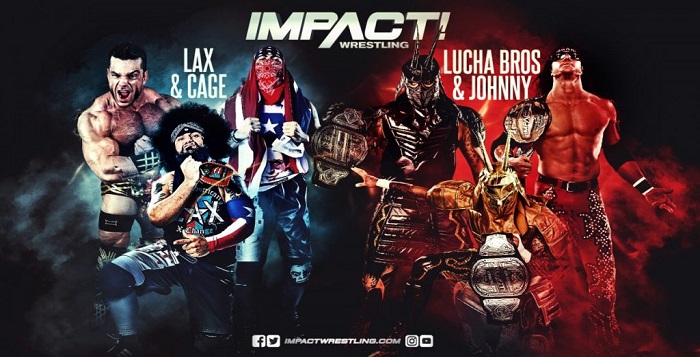