Jon Moxley faced off against Lance Archer on the anniversary edition of AEW Dynamite on Wednesday, October 14. The main event match was for the AEW World Championship and saw Moxley take his 19-0 record to the table against Archer’s 13-1 record.

After a wild No Disqualification brawl, Mox retained his title after a sudden pin reversal. Archer wasn’t happy with the ending of course and he decided to go after Jon following the bell. But The Lucha Bros hit Lance with a steel chair and the show ended with Eddie Kingston getting the better of Moxley. It’s clear that the champ is moving on to his next challenger.

The match ending seemed to come from out of nowhere, as Kingston and crew were initially sitting in with the commentary team. Kingston was doing his job as a heel during the main event and when the final bell came, he sprung into action. Saving Moxley from Archer was a bit of a surprise, but Eddie showed his cards after laying Moxley out in the middle of the ring.

Fans who believed that Archer was on his way to a shocking title win were disappointed of course. But they were possibly also disappointed that the feud between him and Moxley seems to have ended before it could actually begin. The drama between the two men was very intriguing, especially when considering their history in New Japan Pro Wrestling. It did appear that there was a lot for the two men to work with moving forward.

Watch Moxley and Archer do battle on Dynamite! 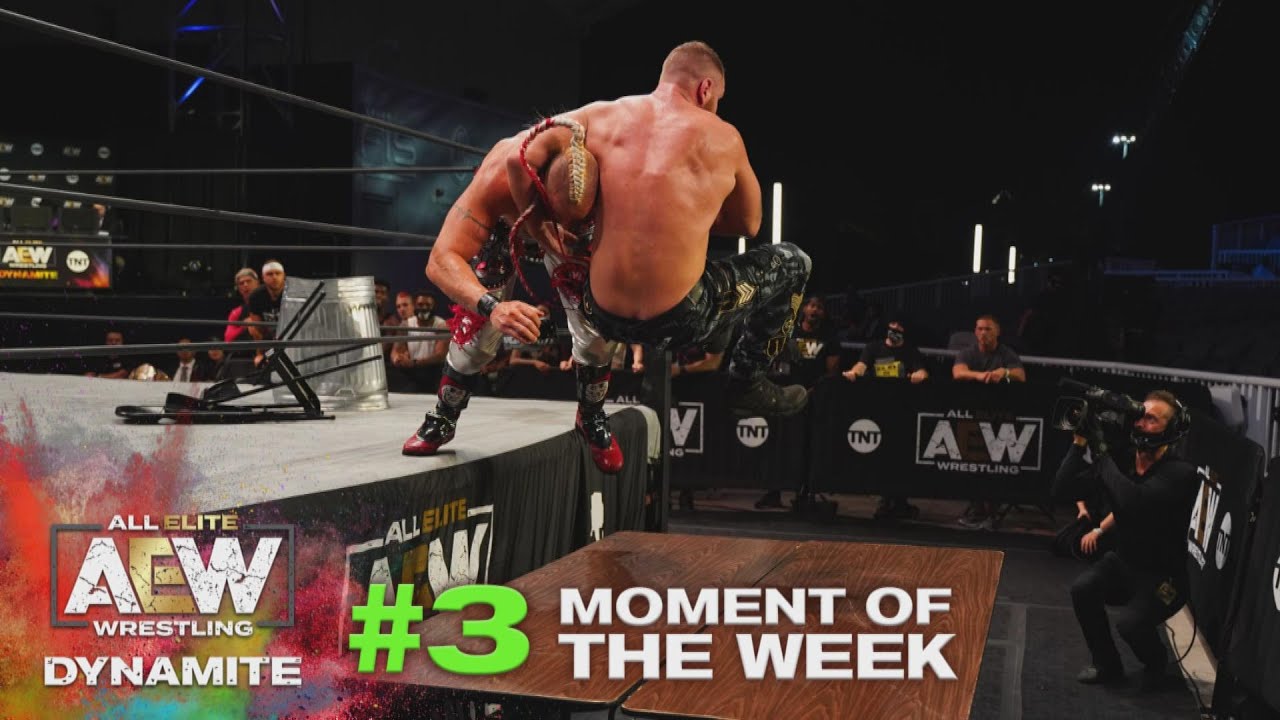 But AEW does indeed appear to be moving on and now Moxley is left with the man he defeated on the September 23 edition of Dynamite. Eddie Kingston came into AEW with some fire behind him, thanks to his promos and eventual TNT Championship match against Cody. Kingston was signed not long afterward and since then, he’s become a regular fixture on Dynamite.

Eddie is a different kind of heel because he comes off as very real, especially when he’s on the mic. Longtime fans have always respected Kingston for that very thing and he’s remained true to himself even after joining Tony Khan’s company. Eddie Kingston hasn’t changed who he is and despite how hated his character can be, that character is much more interesting because of how he carries himself.

Kingston’s past with Jon Moxley has been well documented on AEW programming and that backstory has served him well thus far. It will likely continue to serve him as the two men now move toward another match for Jon’s AEW World Championship. So how will this renewed rivalry play itself out?

Eddie has stated that AEW’s top prize is coming to someone in his family. That family consists of The Lucha Bros team of Pentagon and Rey Fenix, as well as The Butcher and The Blade. Kingston is adamant that they will possess the title at some point and he’s reminded fans that championship gold is the only reason why they’re in the sport to begin with. 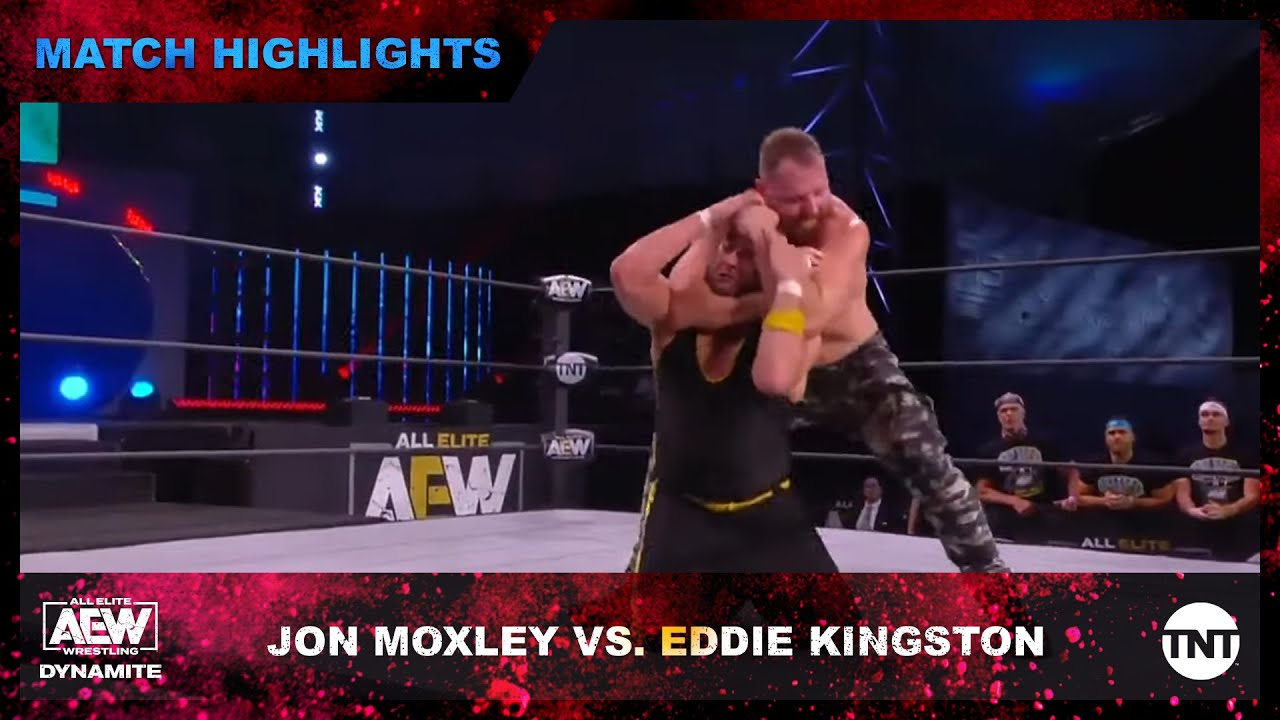 That is why Eddie Kingston is such an intriguing contender for Moxley’s title. Kingston could come across like a villainous heel who is driven by jealousy and rage toward the champ. But instead, he’s made his intentions known and been straight to the point every time he talks about Jon Moxley.

AEW is relying on Kingston’s unpredictable and outspoken nature to shine an even brighter spotlight on this feud. Chances are, that is exactly what will happen in the coming weeks on Dynamite. But is it possible that Eddie Kingston will be the next AEW World champion, or is he merely just another challenger for Moxley?

Some fans believed that Brodie Lee had just as good of a chance to win the title as anyone in the company. Lee has arguably never looked better in his career since arriving in AEW and taking the reins of The Dark Order. Had he defeated Moxley, it would certainly have been a very compelling storyline moving forward.

Of course many fans said the same thing about Lance Archer. Archer’s AEW career was on the upswing and even though he wasn’t the odds-on favorite to win, it would surely have been a situation that the company could have worked with. But in both cases, the champ retained. Will he do the same against Eddie Kingston?

Eddie has everything needed to become a top player in AEW. He’s experienced, he’s smart and he has great instincts. He’s also edgy, which translates to dangerous at times, but there’s never a dull moment when he’s involved. Kingston has proven his worth time and again throughout his career and he will undoubtedly do it again in AEW.

But the fact is that Jon Moxley is the company’s top draw. He’s undefeated in 2020 and he’s been the strongest main event performer in AEW, both in the ring and on the mic. Taking the AEW World Championship from him and putting it on anyone is a tall order, mostly because whoever gets it has to work just as hard to maintain the level that Jon has set. Eddie Kingston will likely give him a run for his money. Whether or not the title will indeed switch hands in the process remains to be seen. 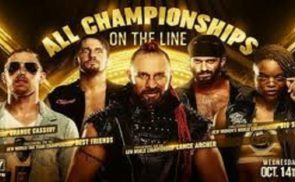