Forget the WWE World Cup: Is AJ Styles the Best in the World?

AJ Styles is the current WWE champion and as of November 7, he will have held the title for a full year. Though he never needed the belt to be considered a top talent in Vince McMahon’s company, the truth is that being champion has only increased his worth. Styles always had it in him to rise up and become the top star in WWE and he keeps proving that.

Of course his championship run is being dictated by someone else. It’s just not his decision. WWE could suddenly pull a swerve and take the title off of him when everyone least expects it. Fans would be surprised, but they would likely not be shocked. WWE has done that type of thing before. But as The Phenomenal One continues on his reign as WWE champion, many fans are perhaps asking the same question. Is AJ Styles the best in the world?

“Best in the world” is a phrase that’s been thrown around quite a bit lately. That’s thanks of course to the World Cup Tournament that concluded at Crown Jewel in Saudi Arabia. Shane McMahon won that tournament and somehow also won the right to the moniker of best in the world. The actual debate however, is a tricky topic, mostly because there are so many opinions out there. All of those opinions are subjective. How does one define “greatness” when it comes to professional wrestlers? Is it just the ring work, or is it promos as well?

Is the opinion based on a talent’s ability to draw? Or are fans looking more toward the intangibles? A wrestler’s ability to make their opponents look good is certainly vital to becoming a trusted top level performer. But by the same token, the performer in question must take every opportunity he or she can, to shine. Pro wrestling may be a money driven business first, but it’s definitely an ego driven business second. 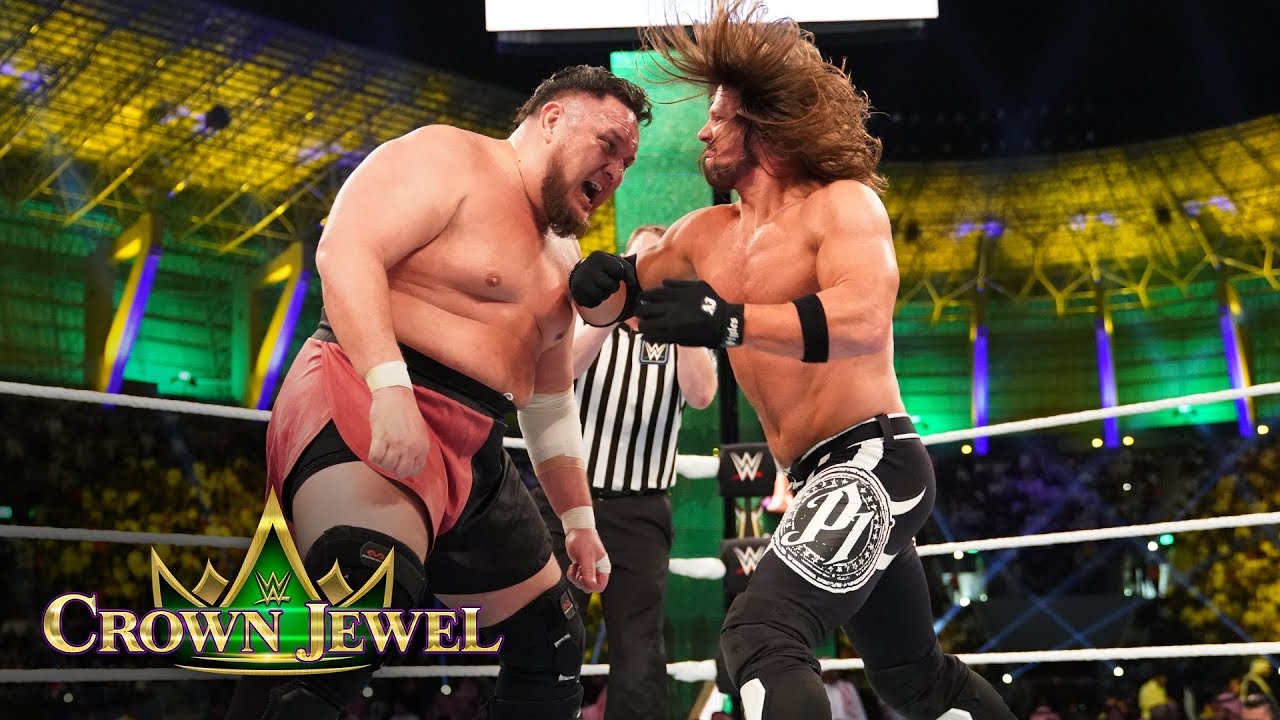 It certainly seems that AJ Styles fits into all of those categories. Fans should also remember that Styles has the full trust of WWE behind him, which means Vince McMahon recognizes AJ’s level of talent. Otherwise, Styles likely would not have been WWE champion and he certainly would not have held the title for one year. Of course there are others  in the conversation and one of them happens to work in WWE as well.

Seth Rollins is at the top of his game and he has been for quite some time. It’s extremely easy to understand why many fans believe he is the best in the world right now and it would be incredibly difficult to argue the point. Though Seth is not the current Universal champion, he is the Intercontinental champion and that title is indeed one of the most respected belts in the industry.

But Rollins is not the top guy. It’s curious why WWE doesn’t elevate him to that spot on Monday Night Raw. Seth has proved himself worthy of running at the front of the brand. He did exactly that during his reign as WWE World Heavyweight Champion but he’s not been back to that point since 2015. But the familiar argument of title versus ability comes into question again as it pertains to Rollins. No, he’s not the top star in terms of championships but does that mean he’s not on top right now? 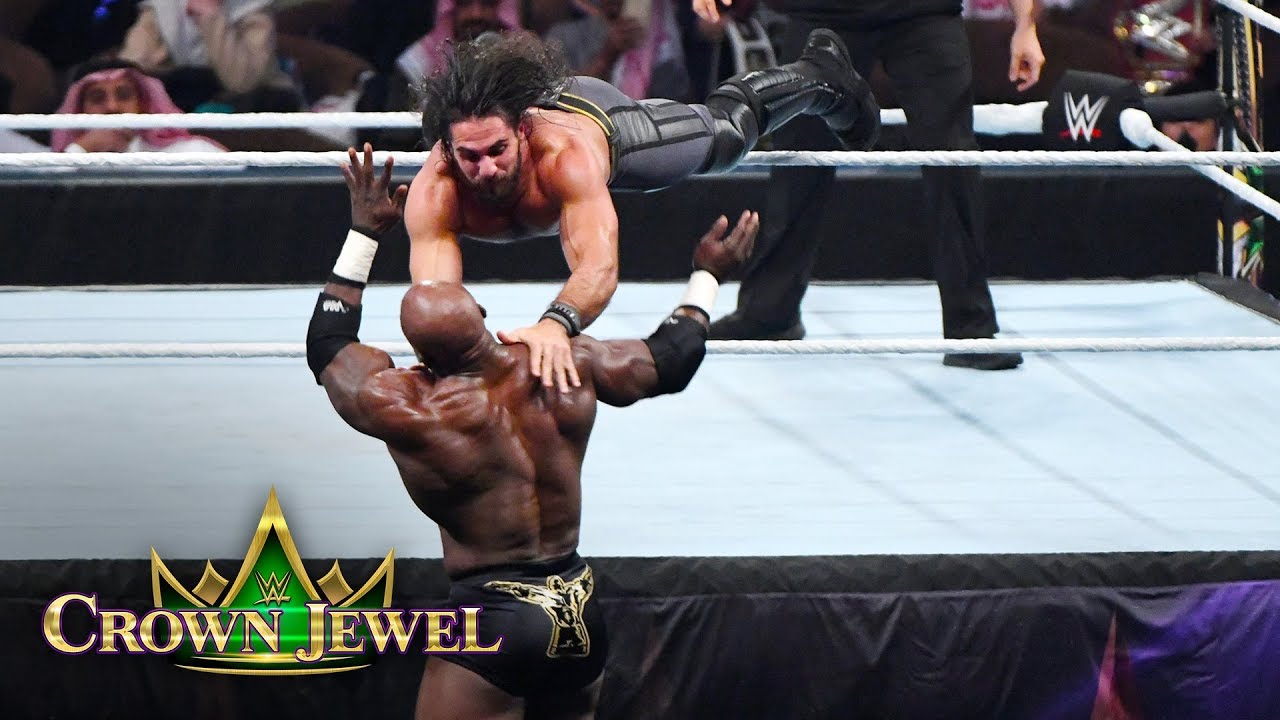 Does Seth really need Raw’s top title to be the top guy? Though the two may not be mutually exclusive, much of his current standing is predicated upon how the fans view him. If they see him as a great wrestler but not the best due to his lack of a world title, then they may not view him as a top guy. But if that truly is irrelevant to the debate, then Seth surely deserves to be among the elite of the industry.

Speaking of the elite, what about IWGP champion Kenny Omega? Certainly talents from outside of WWE should also be on the list of potential “best in the world.” He’s enjoying the greatest year of his career and he doesn’t show any signs of slowing down now. He and Seth have acknowledged each other on social media, causing the debate to rage even more. Omega becomes a free agent before 2019, which means the possibility is there that he, Rollins and Styles, may all end up in the same locker room together.

Then there’s the former IWGP champion, Kazuchika Okada. The Rainmaker has been a top draw in New Japan since he began feuding with Hiroshi Tanahashi in 2012. Many fans feel that Okada is indeed the top pro wrestler in the world today. Of course the same is true of Tanahashi as well.

Though fans continue to discuss the topic, the fact is that AJ continues to deliver in the ring. He’s doing so as his counterpart on Monday Night Raw rarely ever appears. Brock Lesnar is the Universal champion once again. But he will likely not be on WWE programming that often, if at all. Indeed, Raw’s top championship may or may not see the light of day until the end of 2018. 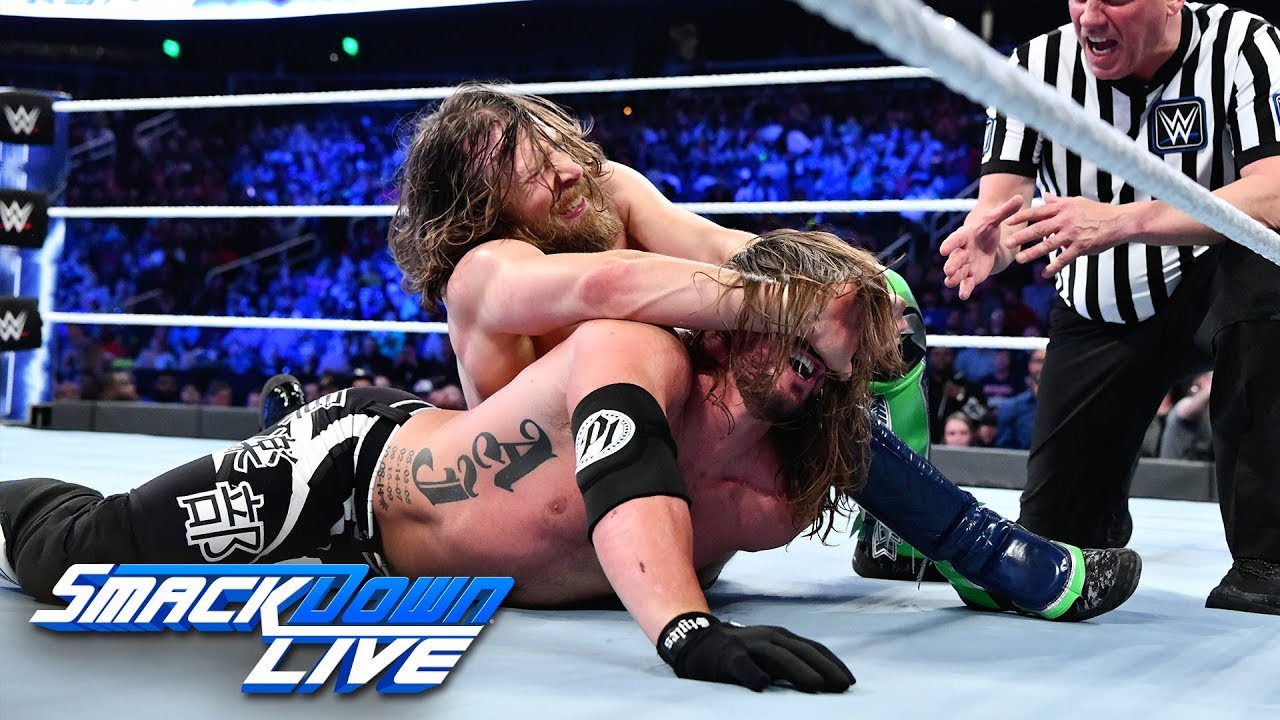 The fact is that despite how fans feel about Rollins, Omega, Okada or Tanahashi, AJ can only do what he does best. He was one of the best long before he arrived in WWE. Now the whole world knows just how good he is. To mention him among the greats of the business may have been lip service in the minds of many in the beginning. But now there can be no question that AJ Styles is truly on the top tier of professional wrestling.

Now AJ is en route to facing The Beast Incarnate. Styles and Lesnar will go to war at Survivor Series on Sunday, November 18. It’s a rematch from Survivor Series in 2017. Many fans are surely anticipating a hard-fought contest similar to what they delivered just one year ago.

Brock is likely going to win. AJ’s fans will complain, as will the critics and industry insiders. But none of that will matter in the end. AJ Styles will show up for work on November 20’s SmackDown Live. He will be the highly explosive performer he’s always been. Fans can debate who’s the best in the world but when it comes to AJ’s heart and ability, there is no debate. AJ Styles is not just great. He’s phenomenal. 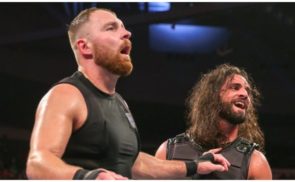 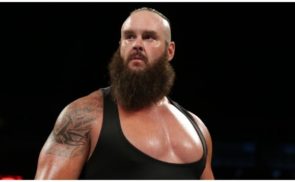