Christian Cage became the new Impact World champion on Friday, August 13. The win came after the opening match on AEW Rampage, which featured Cage versus Kenny Omega. This was Omega’s first title loss since “collecting” several championships over the past year.

Cage’s victory in front of the red hot Pittsburgh crowd is perhaps a surprise to many fans. Omega does inevitably retain in the big match environment, after all. It’s not that Christian wasn’t valued as a title contender going into the bout. But AEW loves to tease an Omega loss and it never happens. However, now that Cage has won, it does set the table for his showdown against Kenny at All Out. 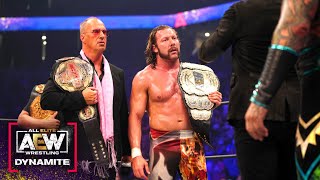 News of Christian’s AEW Championship match versus Omega came on the August 11 edition of Dynamite. Cage was recently declared the new No.1 Contender to Omega’s title, so fans knew a match was coming. But no one seemed to believe it would come at All Out on September 5.

That was to be Hangman Page’s match. Or at least, that’s what fans wanted. The former Elite cowboy is perhaps the most popular babyface on the AEW roster. Page has  indeed come a long way since AEW’s formation in 2019. He’s now a solid main event player with serious championship potential in Tony Khan’s company.

But Christian Cage is now the man instead. The Dynamite crowd did not exactly respond favorably to that decision, however. They let their disapproval be known in no uncertain terms. Of course that reaction had little to do with Cage himself. Christian is one of the most popular stars in the business and that’s been the case since his run in WWE. 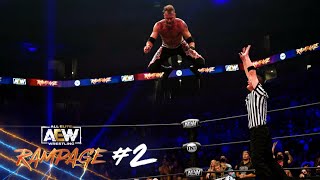 History Was Made in the First Ever Match on Rampage | AEW Rampage, 8/13/21

But AEW fans believe the arrival of CM Punk to the company is a foregone conclusion. The idea of Punk possibly being the man to step up on Omega for the championship is simply too good to ignore. While that perhaps isn’t always evident, it certainly was when Cage versus Omega was announced.

However, the followup announcement that Cage would be challenging Omega for the Impact Championship did indeed go over much better with the live audience. That’s to be expected, of course. There are no preconceived notions about the future of that title. AEW fans have little to no expectations as to who would wear that title next.

Cage’s All Out Opportunity

But now that Christian Cage is wearing it, the road to All Out is a bit clearer. Omega’s dominance as a multiple world champion is a major pro wrestling story over the past several months. Title contenders step up and title contenders fall down. Omega faces them all and in the end, he beats them all.

His run is so successful that many fans are unable to predict precisely when—or if—that run will end. Omega is just so good and despite how much he heels out, it’s extremely hard to deny his prowess as a top champion. Omega’s fans hail him as the best of his generation, so that’s exactly where AEW takes his character. The pieces fit together perfectly for “The Belt Collector.”

However now, all of that has changed. Omega is down to two belts. His AAA Mega Championship is on the line against Andrade El Idolo at Triplemania XXIX on August 14. Andrade is an International sensation whose true potential as a main event star is truly coming to the forefront. It’s entirely possible he will be Omega’s second championship loss.

#ChristianCage won't stop with just taking one title from @KennyOmegamanX. He has his eye on the #AEW World Championship at #AEWAllOut!

Tune in NOW to the world premiere of #AEWRampage LIVE on @tntdrama! pic.twitter.com/jy6uRD5Idi

But Christian Cage’s Impact World title win is paving the way for that potential loss. Omega no longer looks like the untouchable multi-champion with the whole world at his feet. He’s not a god among men anymore. Now he’s just a man himself. More importantly, he’s a man who can lose. Cage reminded everyone of that fact on Rampage.

So will Cage become the next AEW World champion? The jury is still out on that one. Hangman Page will surely elevate back to that spot in the near future. But fans are also saying the same thing of CM Punk and even Bryan Danielson, who is supposedly on his way to AEW as well. Of course, some of those same fans may have also counted Christian out at Rampage. 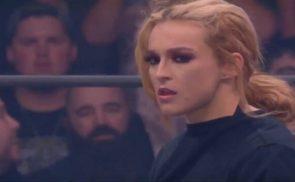 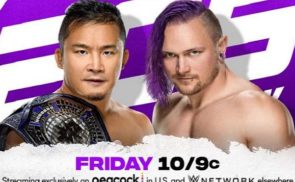