The professional wrestling world is reeling from the sudden death of Jonathan Huber, also known as Mister Brodie Lee. Lee, who previously performed under the name Luke Harper in WWE, was most recently the leader of The Dark Order in AEW.

Brodie’s passing has been met with an outpouring of love and affection from his peers and the fans alike. Social media has been inundated with grief, sadness, shock and despair as more voices cry out for a shred of understanding. But many of those voices are also sharing their memories.

Brodie Lee was a very memorable man, in more ways than one. For diehard WWE fans, Lee was Luke Harper, the deranged strongman of The Wyatt Family. Riding shotgun alongside Erick Rowan, the two men were an intimidating presence in Vince McMahon’s company. They operated at the behest of their leader, Bray Wyatt, who ran his family with a devilish smile and evil intentions.

The man then known as Luke Harper didn’t have to say much in order to be effective. In fact, he often didn’t speak at all. He let his 6’5, 275 pound frame doing his talking for him. His job at that time was to be as scary as he could, all the while bringing legitimacy to the faction that would turn WWE upside down.

The Wyatt Family was unlike anything that many fans had ever seen before. Bray was insanely charismatic, with a silver tongue and a penchant for the dramatic. He took the notion of “talking them into the arena” and carried it one step forward. His promos were must-see television and his actions often defied explanation.

But Bray’s disarming delivery and powerful persona were made all the more potent thanks to the duo standing just behind him. Harper and Rowan became an inseparable unit, a tandem obsessed with destruction. They existed only to do Bray’s bidding and it became their calling card every time they were on the screen. The Eater of Worlds snapped his fingers and his big men responded with annihilation.

However it didn’t take long for fans to begin looking at the powerful pair. They began to see just past Wyatt and realized that Harper and Rowan were indeed a force to be reckoned with. They were often compared to Bruiser Brody and Stan Hansen. It was a fitting tribute, as all four men shared many things in common, the most important of which was impact. 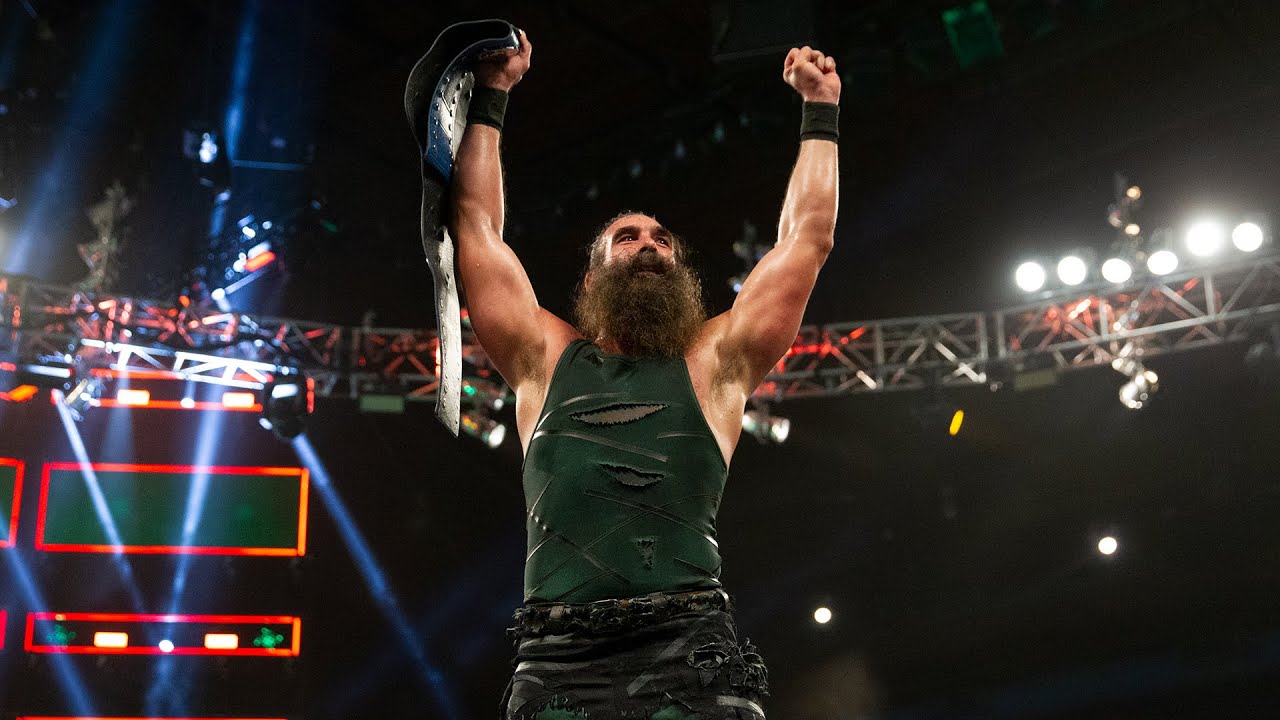 Like Brody and Hansen, Harper and Rowan made every moment count. They didn’t waste time in the ring and when they were on, they were always full-on. They were determined to maximize their minutes and they did so every night. They eventually established themselves as a credible tag team apart from Bray and when that happened, things became interesting.

The Bludgeon Brothers may have been a clunky moniker, but it perfectly described the two as a team. They were smash-mouth monsters who only wanted to destroy and that’s exactly what they did. But despite how many times they made that all important impact on TV, many fans could not stop talking about Luke Harper.

Harper was regarded as the one with the most potential and that was the perception almost from the beginning. Even after Braun Strowman’s arrival, Harper was considered to be the backbone of The Wyatt Family. Without him, the group simply wouldn’t work. He was the one who made it click. 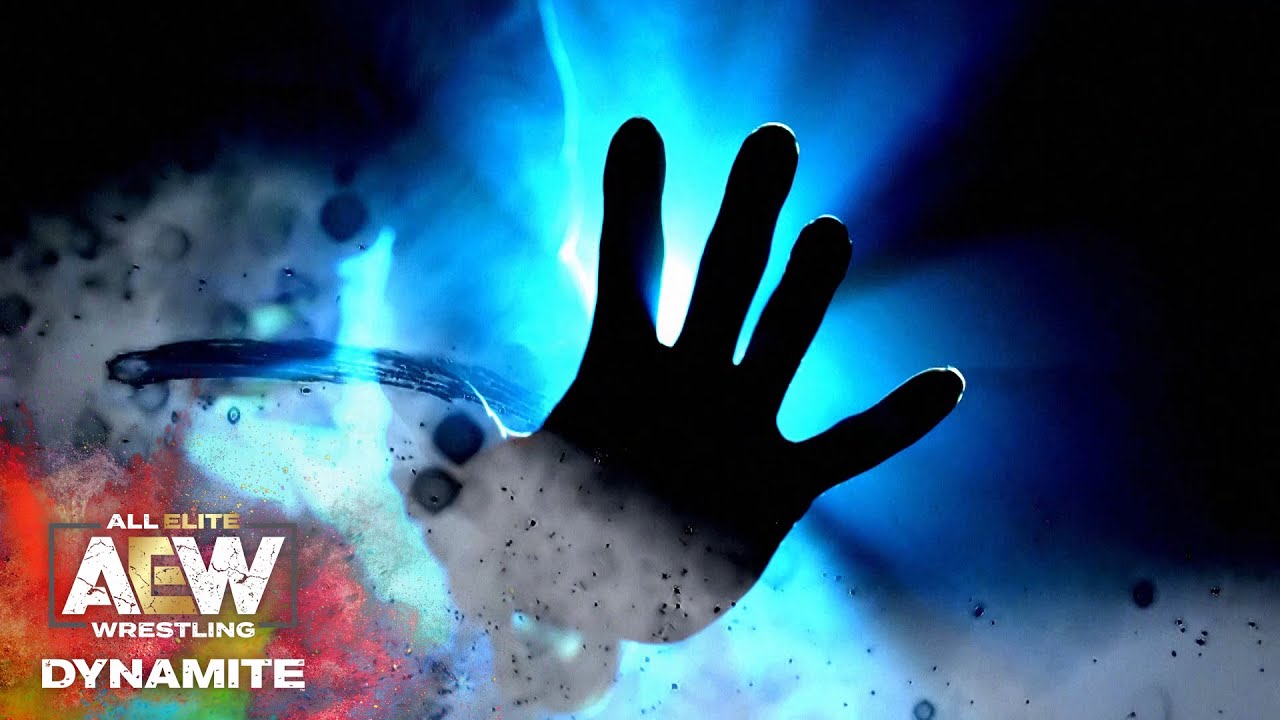 His upside was tremendous and everyone knew it. Harper was not solely meant to live as a make-believe hillbilly in the land of WWE. He had a bright future ahead of him as a main event star, a man who could carry on the legacy of Bruiser Brody and other legendary big men, taking it to the next level. Fans all over the world recognized that and they all agreed that one day, Luke Harper would reach that mountaintop. It was only a matter of time.

But that day did not come in WWE, it came in AEW. Luke Harper once again became Brodie Lee. More importantly, he became Mister Brodie Lee, a man standing in the spotlight. Long before Roman Reigns on SmackDown, Lee sat at the head of the table and his potential would not be denied.

Brodie gave instant credibility to The Dark Order, a group that had been struggling to find its way in Tony Khan’s company. Lee was the missing piece that lead them to the main event scene, a scene that had become his destiny many years before. Fans no longer saw him as the second in command, they saw him as the man on top. He was The Exalted One and he embraced his new role like a star determined to prove a point.

Watch Lee with his son Brodie

What was the point? Brodie Lee wanted more from the business that he loved and he simply couldn’t get it in WWE. While many fans argue the merits of one company over another, the truth is that Lee simply wanted to have fun again. He was very good at his job and he wanted to contribute every time his number was called. He was confident in his abilities and he was sure of himself, both in the ring and on the mic.

Brodie Lee knew he belonged and he very much did. It was his drive and his determination in his own game that lead him to the heights of AEW. But it was his heart and his love of the business that everyone around him admired. More importantly, it was his love of family that made him a man everyone wanted to know. They could see his commitment to those he loved and in the end, that’s what matters the most.

Jon Huber will always be remembered by fans for his work as Brodie Lee and Luke Harper. But he will also be remembered for so much more by those who knew him best. His spirit made an impact on everyone around him and it always will. 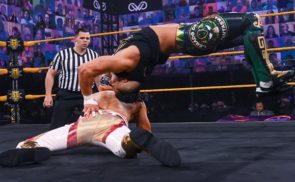