Former WWE Superstar Sean “X-Pac” Waltman was a guest on The Tomorrow Show with Keven Undergaro where he spoke at length on how the “Rowdy” Roddy Piper vs. Frankie Williams match was scripted.

If you’d rather watch the segment with Waltman, check it out above.

Waltman exposed the truth behind the Piper interview fight with Williams.

“Well I mean it wasn’t that bad of a deal, he didn’t really, you know, these things, they look worse than they are. Always. I mean, even real fights. You see a real fight happen…but even if it’s not like and somebody might have a black eye, or a cut, it’s really still, usually, not that big a deal you know?…it wasn’t man, it was bullshit…those punches were lame as fuck anyways…and that story [Timeline: History of WWE – 1984 – Roddy Piper] was probably bullshit Kev, he’s still holding, he’s still playing the gimmick, even then.”

He continues by claiming the famous coconut hit on Jimmy Snuka was a work.

When asked if it had done something mentally to Snuka, Waltman had the following to say:

“Absolutely not. You don’t think he [Jimmy] was already a little bit whacked out?”

Finally, Waltman recalled the only time he remembered Piper “doing the honors.”

“Roddy, personally, and in person, was really, like, outside, if you had to do business with him in the ring, was the sweetest person ever, like, he made you feel special. There’s two sides to that. And he was a really, I mean, really good guy that really loved people…His ideas about how he did business made it really difficult to do business with him…It was in a tag match in Moline…Scott [Hall] did because he didn’t want to take Kev’s [Kevin Nash] powerbomb, so he took Scott’s finish. Cause he said before the match, he’s going, I think I’m going to do the chop tonight…He literally said this, ‘somehow I got this reputation for not wanting to do jobs.’ And we just started laughing, ‘I wonder how you got that!’ Cause we didn’t give a fuck. We would, at that time we would say whatever.”

If you’re interested in watching the show, it is live Mondays and Thursdays on their official website from 10am-12pm EST and is also available on iTunes.

What are your thoughts on this? Do you believe Waltman? 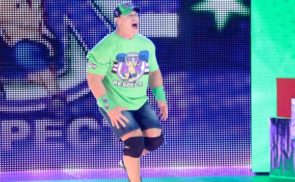 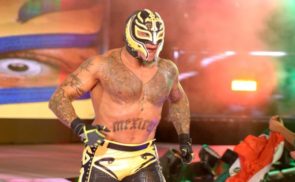