WWE today announced a partnership with London based organization KidZania. The focus of the partnership is on fan experience, specifically for children.

The announcement explained that the academy in the space provided by KidZania London will allow children who are fans of the wrestling industry and WWE in particular to transform themselves into superstars. This is complete with their own designs and concepts, encouraging creativity.

Here is what WWE had to say:

KidZania London and WWE today announced the launch of the first-ever WWE Academy, an exciting new activity designed to entertain young WWE fans in the United Kingdom. Officially opened by Finn Bálor and Sasha Banks, WWE Academy is a fully-branded experiential space within the city of KidZania London, where children can transform into a WWE Superstar.

Promoting creative thinking and imagination, kids can become their favorite WWE Superstars, including John Cena, Roman Reigns, Bayley, Sasha Banks and Finn Bálor. With the help of a KidZania referee, kids can choose from a range of WWE props and ring gear, practice their own catchphrases, develop a persona and create a promo video.

“We are thrilled to be launching the new WWE Academy for kids,” said Eddie Kemsley, CEO KidZania. “So many of our young visitors are huge fans of WWE, and we can now offer them the chance to transform themselves into their favorite Superstars.”

“WWE is a family-friendly brand, and now children in London have a unique opportunity to show their passion with the first-ever WWE Academy,” said Tracey Keenan, Vice President & General Manager, WWE UK & Ireland. “This unique partnership is another way for us to connect the next generation of WWE fans with their favorite Superstars.”

The activity joins a wide range of “careers” at the “indoor city run by kids,” designed to both entertain and educate children. Located inside Westfield London, KidZania London spans across 75,000 square feet and teaches children essential life skills, thereby providing them with the ability to challenge themselves and explore a world of opportunities.

Watch Bálor and Banks help some kids create their own Superstars in KidZania London, watch footage from an earlier Facebook Live video below. And to find out more about KidZania London, visit www.kidzania.co.uk.”

WWE also posted this video to their Facebook account showing Bálor and Banks interacting with kids from KidZania:

Finn Balor and Sasha Banks join the kids at KidZania in London, and help them create their own Superstars!

If you’re not familiar with KidZania, we recommend watching the following very short introduction video to what the company is all about. This may give you an insight into what to expect from WWE.

Would you visit KidZania UK? Do you like the idea? Let us know in the comments below or over on our Facebook page or Twitter account. Additionally, you can find me on Twitter at @SOSNH1995. We also want to remind you that we have a Newsletter you can sign up to. This will allow us to send you the best news in one place via an email. We also have the Wrestling Rumors app that we encourage you all to download to get updates faster than they release on our various pages. It is available on Android and iOS devices. 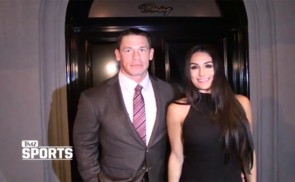 John Cena on Make-a-Wish, Nikki Bella and Playing the Piano 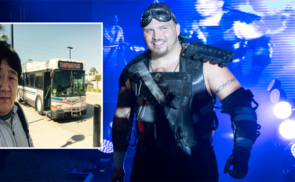