Alongside Billie Kay, Peyton Royce was a guest on Lilian Garcia’s Chasing Glory podcast, where she explained which WWE legend inspired her to enter the professional wrestling industry.

Royce grew up in Sydney, Australia. She was a dancer growing up, realizing at 13 years of age she wanted to wrestle. She revealed which WWE legend inspired her to pursue that:

“It never crossed my mind that I can do that. I hate that it comes back into my head, but it was the day Eddie Guerrero died. That was it for me. I used to pray at night and tell him that I was going to do this for you because you gave me all these memories and all these feelings and I just wanted to give back to others the way you gave to me. He was so charismatic. He would make me feel happy. Yeah, he would make me laugh. He was so amazing to watch in the ring. He was so athletic and entertaining. I wanted to be able to speak Spanish, actually, I am taking Spanish now. I wanted to take Spanish in school because I wanted to talk like him, he was a big inspiration for my life.”

Royce spent three months training with Lance Storm, who would help her get a tryout with WWE:

“It was the best three months of my life because you get to go to another country and experience another country and get to do what you love for three months. You don’t have to work, you just go to training, go to the gym, eat some good food and you do it day in and day out. You meet people and form these relationships from people all over the world and you keep those connections. Lance [Storm] has been amazing to me ever since I have done the camp back in 2012, he’s always been such a big supporter and motivator. He is still always there for me up until this day. Before I knew there was even a tryout, he knew how bad I wanted this. So, he had contacted me and said that I may want to send some of my information and he gave me an email address to send my information to possibly get a tryout. I thanked him and straight away I sent my information. I got an email back and they said that they were going to do a tryout and I was invited to it.”

Royce, alongside Kay, recently debuted on the main roster. They appeared on the SmackDown Live brand as one half of The IIconics:

“There have been so many times where I kind of reflect and think, man, I remember as a teenager dreaming about it and now I am doing it. So many people that didn’t believe in me and thought it was a phase I was going through, I proved them wrong. It’s such a wonderful feeling.”

If you’d like to listen to the entire interview, check out the video below:

PEYTON ROYCE and BILLIE KAY on the Lilian Garcia Podcast 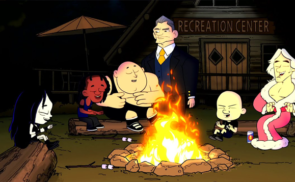 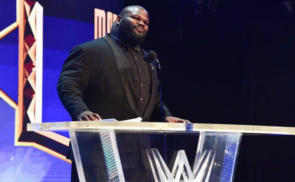