With the new age in technology booming, the wrestling business continues to grow. Now more than ever there is a multitude of ways to stay up to date on your favorite promotion via social media. WrestleCircus is now going a new direction based on this idea, one that no other promotion has done.

WrestleCircus tweeted that beginning later this month, they will begin live-streaming their shows via a Twitch channel as they happen, becoming the first wrestling promotion to do this.

Beginning on June 24, WrestleCircus will air their shows via the live-streaming social media platform known as Twitch. Viewers can watch, follow, subscribe, donate and chat with other fans while watching the broadcast, live.

Starting June 24th @WrestleCircus will be more accessible than ever before!

Watch anywhere, on any device, & chat alongside other viewers! pic.twitter.com/pQpBJfVRQr

This is unprecedented in the wrestling industry. It has the potential to be a game-changer for the wrestling business. Only time can tell whether WrestleCircus will be successful with this move, but the future does look bright for the Texas based promotion.

This comes after a fiasco earlier this month involving the promotion starting an IndieGoGo page to help fund the promotion in advancing itself that was removed due to backlash from people in the community and wrestling fandom. However, most people are aware of the fact that the promotion did this for the entire wrestling community, not themselves.

I hope for the best for this promotion as they appear to be loved, they have good wrestlers and wrestling. While the IndieGoGo thing set them back a little, I think it was just a few trolls looking to shut down something good for the independent wrestling community in that area.

What are your thoughts on WrestleCircus streaming on Twitch? Will you watch? Let us know in the comments below or over on our Facebook page or Twitter account. Additionally, you can find me on Twitter at @SOSNH1995. 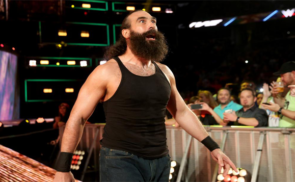 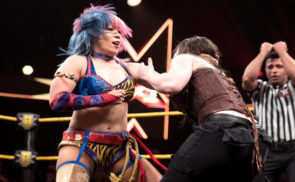