Wrestling Rumors had the chance to catch up with YouTuber Tyler Lemco to discuss his series, ‘High Risk Maneuver’.  Every one of his videos is gut-busting funny, with Lemco’s use of wrestling figures and adult beverages to explain classic WWE storylines.  In addition to being an avid wrestling fan, Lemco is currently running for mayor of Montreal, Canada.  In our interview, Lemco discusses his affection for absurd wrestling storylines and how playing a practical joke led to an actual run for public office.

If you’ve yet to watch an episode of ‘High Risk Maneuver,’ we have one here for your viewing pleasure. In this video, Lemco talks about Goldberg’s streak in hilarious detail. 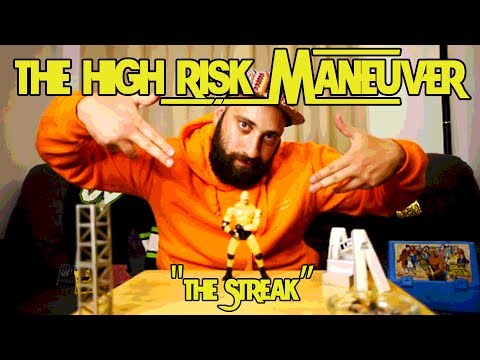 Without further ado, here is our exclusive interview with Lemco:

WR: Can you tell us a little about your ‘High Risk Maneuver’ series?

Lemco: High Risk Maneuver is a show for long-time wrestling fans and newbies, alike. I love wrestling, but there’s no denying that it’s one of the most absurd and ridiculous things when looked at objectively. So, I decided I wanted to make a show that attempted to explain wrestling, one storyline at a time, to an audience that might not know what the heck I’m talking about.  It focuses mainly on the 90’s and early 2000’s, because that’s when I was the most obsessed with the product, therefore it’s what I have the easiest time explaining. Originally, I pitched the show concept to a cannabis media company. I thought the “high risk” double-entendre was really clever. After they passed on it, I decided I wanted to do it anyway, so I did. Now I release it on my own page and hopefully wrestling fans will appreciate it.

WR: What inspired you to make the series?

Lemco: I love to create content, and I’ve learned that the best stuff is always a derivative of something you’re really passionate about. I grew up obsessed with wrestling, so I figured that’s a subject I should tackle. As mentioned above, it was originally pitched as a series to a cannabis media company who passed on it. Lucky for me that they did, because I’m really not a smoker and having to portray one felt icky and fake. I do, however, enjoy a cocktail or two. Therefore, the show wouldn’t be what it is if I wasn’t having a couple drinks before attempting to explain some of the weirdest and most ridiculous storylines that wrestling has to offer.

WR: How many beers are required for a typical episode?

Lemco: I tend to make a night out of filming, so a friend or two will come over and we’ll have some drinks and then set things up to record. It feels like a shame to just get one episode done, so when I do end up filming I usually end up filming two to four videos at once. You probably can’t tell after they’ve been edited apart, but there are definitely certain episodes where you can tell that it’s later in the evening after a few more drinks and certain episodes where I’m speaking a little clearer because it’s earlier on. As for an exact number, that always varies.

WR: How old were you when you first started watching wrestling?

Lemco: I can’t even tell you when I started watching wrestling because it dates back to before I can remember anything. I have an older brother who’s five years my senior, and growing up, he was really into wrestling as well. So, some of my earliest memories involved Macho Man and Ultimate Warrior and all the stars of the Golden Era. I didn’t have a choice but to become a fan. I’d say I really started following it on my own and understanding it all around the beginning of the Attitude Era and the Monday Night Wars when I was around 9 or 10 years old.

WR: How old were you when you bought your first action figure?

Lemco: I must have been around 9 or 10 when my mom bought me my first action figure. I always would play with my brother’s toys, but he’s from an older generation that had to deal with those crappy, heavy rubber ones that didn’t even move. By the time I was old enough to have my own toys, they could move and weren’t 45 pounds each. It was awesome. I remember, if there was ever something I didn’t want to do or somewhere I refused to go, a new action figure was my mom’s go-to bribe and it always worked.

WR: Which is your favorite action figure and why?

Lemco: I don’t think I really had a favorite. Obviously, there are some that just move differently and certain ones are just harder to enjoy. I spent A LOT of time playing with those things as a kid. I can remember my neighbor and I laying them all out and we’d have these big drafts, deciding who gets which guy to play with. Even if I had to go use the bathroom, I’d make sure to carefully select which guys were coming in there with me and what storylines I’d create with them. It made for some excessively long bathroom trips, that’s for sure.

WR: What was your favorite era?

Lemco: The late 90’s were the absolute best. Although I love the Attitude Era, I’d have to say my favorite time was the beginning of the NWO, before it got too diluted and crowded. It wasn’t the longest period, but there was something magical about the start of the NWO, and something so exciting about who was standing up to challenge them, be it Ric Flair or Roddy Piper or Sting or Warrior. It’s like they were bringing all these A-listers out of the woodwork and it was so exciting.

WR: What do you love about wrestling?

Lemco: I’ve tried multiple times to explain wrestling to someone who just doesn’t get it. Sure, it’s fake fighting and everything is made up, but that’s the beauty of it. It’s a show. It’s a fantasy land where anything is possible. You can have an undead zombie in the ring fighting an evil accountant and that makes total sense. It’s the most imaginative and creative outlet imaginable, then you add in the remarkable athletic abilities. I also really love the psychology of it all; I love watching guys work and analyzing who’s actually talented and who’s actually creative and going a level deeper to try and see it from a performer’s perspective rather than just a consumer. It’s actually super impressive what these guys and girls do. It’s one of the rare things that consistently impresses me.

WR: You’re running for Mayor of Montreal. What inspired this decision?

Lemco: Two years ago, I put up a couple of fake campaign signs during the municipal elections in Montreal just because I thought it would be funny. They featured a picture of me and said “Not running for anything, just wanted a sign.” I figured some buddies might come across it and find it funny, so I put up a few signs. What I didn’t expect is for every major news outlet in the country to pick up the story and that I’d be international news for it. So, I figured if I can get all that press for doing absolutely nothing at all, imagine what sort of damage I could do if I actually tried something. So I’m trying this out and we’ll see where it goes! 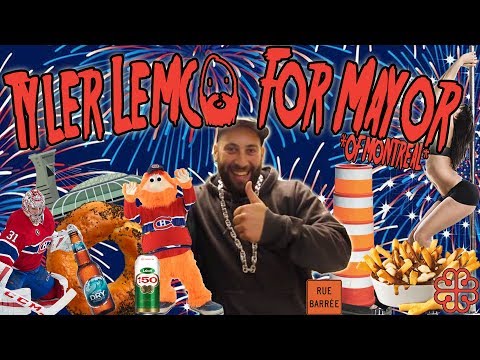 WR: How has your experience watching wrestling prepared you to lead Montreal?

Lemco: Politics are a lot like wrestling, I think. Ultimately, you’re just trying to win over the people by being entertaining, charismatic or likable. Being the goodie-two-shoes babyface might have worked in 1990, but in 2017 people want honesty and transparency. People want to support someone that they can relate to and who they can believe in. I’m not supposed to win this thing, but that’s why people are supporting my cause so much. I’m the Rey Mysterio or the Daniel Bryan of this election.

WR: What can we expect in future episodes of ‘High Risk Maneuver?’

Lemco: I’ve currently got four episodes edited and ready to release, as well as two deleted scenes videos because there was just too much to squeeze into the episodes that I didn’t want to cut out. I’ve got the story of who ran down Stone Cold, the Matt Hardy and Edge love triangle [with Lita], the rise and fall of the Mega Powers, and the tale of Kai En Tai almost chopping off Val Venis’ penis. I’m open to suggestions of what you guys might want to see next!

WR: Thank you for taking the time to chat today. Good luck with your series and your run for Mayor!

Once again, we would like to thank Tyler Lemco for allowing us the opportunity to interview him as we continue to bring you more comedic content here on Wrestling Rumors. Let us know what you thought of his video and the comments Tyler made.

Tyler Lemco is a content creator from Montreal, Canada.  He enjoys long walks on the beach, playing sudoku, and lying about two thirds of this sentence.  You can find Lemco on Facebook, Twitter, YouTube, Instagram and any other social media under @tlemco. 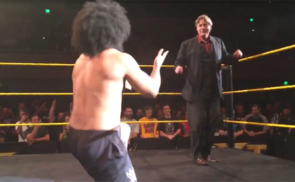 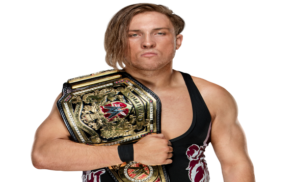