NJPW uploaded to their official YouTube channel a match from this year’s G1 Climax showing Juice Robinson vs. Kenny Omega.

The video in question contains the whole match from start to finish, including the entrances of both men. It comes from the G1 Climax 27 tournament that was held earlier this year.

Based on the result of this match, both men will meet again at the upcoming ‘Destruction in Kobe’ pay-per-view for the IWGP United States Championship. That takes place on September 24 and will be live on NJPW World at 3am ET if you are interested in watching.

Is this the first NJPW match you’ve seen? Do you like either of these athletes? Let us know in the comments below or over on our Facebook page or Twitter account. Additionally, you can find me on Twitter at @SOSNH1995. We also want to remind you that we have a Newsletter you can sign up to. This will allow us to send you the best news in one place via an email. We also have the Wrestling Rumors app that we encourage you all to download to get updates faster than they release on our various pages. It is available on Android and iOS devices. 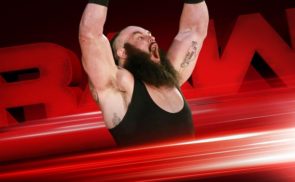