Some days you just want to watch the world burn…or throw somebody through a wall.

WWE uploaded a video to their official YouTube channel from 2002 featuring Brock Lesnar as he throws former WWE Tag Team Champion Matt Hardy through a wall.

Back in 2002, ‘The Beast Incarnate’ and his manager Paul Heyman weren’t always on the best of terms. After Heyman’s betrayal earlier in the night, costing Lesnar his match against Big Show, Lesnar was outraged.

Walking to the back, Lesnar is stopped by Hardy who is sympathetic for him after the match, but explains that if Lesnar had a little more “Mattitude,” he could have came out on top. As you can imagine, this didn’t sit well with the current Universal Champion.

Check out the video below if you’d like to see it. Without a doubt, this is an interesting and absolutely hilarious video that will leave you grinning. 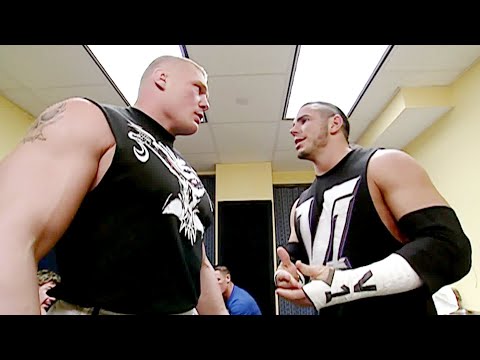 What did you think of this segment? Did you prefer this iteration of Lesnar over the current one? What are your opinions?

Shawn Michaels, The Miz and Becky Lynch To Star In "The Marine 6"