Watch: Charlotte Defends Against Bayley and Sasha Banks at ‘Clash of Champions’ 2016

WWE uploaded to their official YouTube channel a video featuring Charlotte defending her Raw Women’s Championship against Sasha Banks and Bayley at ‘Clash of Champions’ 2016.

On the road to ‘Clash of Champions,’ Charlotte captured the Raw Women’s Championship at ‘SummerSlam’ by defeating Banks which subsequently caused a legitimate back injury to the ‘Legit Boss.’

On the September 5 episode of ‘Raw,’ Bayley defeated Charlotte following a failed distraction from the Champion’s valet in Dana Brooke. On the same night, Banks also teased a retirement but revealed she would be cleared to compete by ‘Clash of Champions’ and invoked her rematch clause for the title at the event.

A week later, a confrontation between Charlotte, Brooke, Bayley and Banks ended in a triple threat between the latter three where the winner would face Charlotte at ‘Clash of Champions.’

Banks was victorious in the match, but it was revealed the following week on ‘Raw’ that Banks had both her and Bayley’s shoulders down when pinning her, leading to Bayley being added to the match.

Take a look at the full match below and let us know in the comments below and via our social media what your prediction was and what you thought of the match.

Did you enjoy the match? What was your prediction? 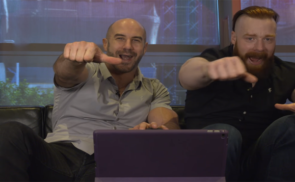 Watch: Sheamus and Cesaro React to Their Final ‘Best of 7 Series’ Match 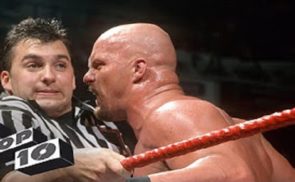