According to WrestlingInc, the match between Kenny Omega and Chris Jericho for ‘Wrestle Kingdom 12’ now has a stipulation.

Omega vs. Alpha. Jericho vs. Omega.

This is undoubtedly one of the most highly anticipated matches in the past decade, let alone this year in the professional wrestling industry.

The match will now be a no disqualification match between the two men and will take place on January 4 at the Tokyo Dome.

Jericho will be competing for Omega’s IWGP United States Heavyweight Championship, which Omega won earlier this year and is the inaugural Champion.

No DQ isn’t what I wanted, but it’s what we both need in order to settle this… #AlphaVsOmega https://t.co/5G9ogJULoC

The event will also feature the following matches:

If you would like to see the latest development in the storyline between these two performers, we have provided a video below featuring Jericho’s recent attack on Omega where he busted the IWGP US Champion open.

What is your prediction? Are you going to watch the match? 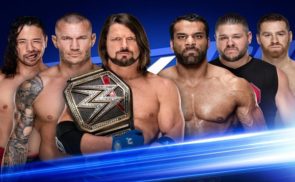