With something as instrumental as a separation of the brands in WWE, there was bound to come a time when wrestlers use this as a way to joke or make fun of members of their opposing roster.

WrestlingInc is reporting that “Raw” superstar Curt Hawkins and “Smackdown Live” superstar Mojo Rawley have been taking humerous shots at one another on Twitter the past few weeks.

Being an awful wrestler? Trust me, we all know. https://t.co/ZrgSoK4WUw

It's a known FACT that I was traded for @JinderMahal in the Superstar Shake Up. You might as well just hand the title over @BrockLesnar #RAW

You literally only exist because you're friends with @RobGronkowski #FACT https://t.co/9vZxXQdbbb

Hey, I'm pretty sure there's a room with a bunch of wrestling rings at the PC. Why don't you spend some time in there instead? ? https://t.co/GEvlGW72Bz

As this friendly rivalry continues to develop, Wrestling Rumors will bring you more updates from Mojo Rawley and Curt Hawkins. 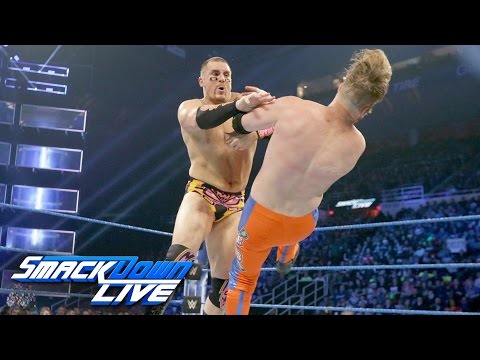 This is hilarious to me. Both are underrated talents and them having this small ‘fight’ on Twitter will likely provide both with more exposure. Good luck to the both of them, I say.

What are your thoughts on Mojo Rawley and Curt Hawkins? Will this help them at all? Let us know in the comments or over on our Facebook page or Twitter account. You can also follow me at @SOSNH1995.