Sonya Deville on What Fans Should Know About Her, What She Has Changed

Time can vastly improve the way one wrestles, or it can diminish what talent a person had at a younger age. For Sonya Deville, formerly Daria Berenato, she has focused on improving every aspect of who she is.

WWE.com recently interviewed Sonya Deville and she would explain what fans should know about her and what she has changed while being in NXT.

Deville first spoke about her time with WWE back when she first arrived vs. how she has changed into who she is now. She explains that she still loves to fight and feels she has an amazing life, being paid to hurt others.

“My first time being inside the Performance Center was for the WWE Tough Enough tryouts, and although I knew hardly anything about sports-entertainment, I knew I wanted to be a part of this place. All I knew was that I loved to fight, I loved to perform and I loved being inside the WWE Performance Center. Here we are almost two years later and my mindset is the same as day one: I love being here and I love fighting, and with NXT, I get to do that almost every single day of the week. My life is amazing. I get paid to hurt people.”

She would then be questioned on her background, working with MMA. She explains that she won first place in a tournament against the boys in her gym after training judo and boxing with an intense coach named Phil for five months.

“When I was 14 years old, I said, “Mom, I want to fight MMA.” My mom hardly knew what MMA was because there was no women’s division in the UFC, and UFC president Dana White had said at the time, “Women will never fight for my company.”  But I knew that wasn’t true, and I knew women in sports, in general, were on the rise. I knew I could be the next big thing in the fight world.”

“My mom drove me an hour away to a gym called Liberty Boxing. I walked in, asked to speak with the owner, and I’ll never forget the conversation. A little bald Italian guy named Phil came out of the back office. I said, “Hi, nice to meet you, I want to be a fighter.” He laughed in my face, then said “OK” and put me through one of the most vigorous workouts I’d ever been through. He tested me, and I passed. I started training judo along with boxing and, five months later, I entered an in-house grappling tournament against the boys in my gym. I ended up winning first place.”

After WWE tell Deville she sounds very motivated, she explains that she knew from a young age she wanted to do anything she could and she proved that to herself. She worked on a number of projects over the years, ultimately now landing in WWE.

“Well I grew up with two sisters, one older and one younger, in a small suburban farm town in South New Jersey. I grew up riding quads, shooting guns and playing sports. I knew from a young age that I wanted to not just see the world, but take over the world. I wanted to test myself beyond what I came from, so from the age of 17-23, I produced an independent film, got my real estate license, fought three MMA fights, won three national grappling tournaments, worked for Paramount Studios in Hollywood and managed a craft beer bar in Los Angeles. I proved to myself that I could do anything.”

She was next asked how the training compares between MMA and WWE. She explains that she trains very similarly, like her next fight is the biggest of her life. Everything counts, in her eyes.

“It’s all the same to me. I train very similar for the ring as I did for the cage. I treat every practice like it’s preparation for the biggest fight of my career. Every day I work on throwing the hardest, fastest strikes, then I work on my ground game and perfecting the slickest, tightest submissions. I hit the ropes like I’m running from a fire because I believe cardio can make or break a person inside the ring. I will be the best, and it’s because I train every day like I’m the worst.”

She explains what her mindset is when getting into the ring. She wants to destroy every opponent in the ring. This IS her life.

“From a very early age, I realized why I was put on this planet: to fight. Everything I have ever done in my life was to get me where I am now. All those years of training was preparation for this moment. So, yes, my mindset the second I walk out into that ring is simple: I’m going out there to decimate my opponent, and if you think it’s going to end any other way, you better be ready to drag me off on a gurney. It’s all or nothing for me. This isn’t some stepping stone in my life or something I do for fun. This is my life.”

When asked if she feels any pressure competing in WWE, Deville explains that she has learned a lot from the women to have graced the ring before her, but she uses her skills every day to fight and that is what she has the most experience with, more then the other women on the roster.

“The path that has been paved before me is impressive. I look up to and have learned a lot from the women before me. With that said, there has never been a woman in this ring with the experience that I have in fighting. Take my skill set, my strikes, my submissions. You can call WWE whatever you want, but at the end of the day, it’s a fight and fighting is my specialty.”

Finally, Deville is asked what the WWE Universe is expected of her. To this she says that she lives for the pressure and will never stop. She isn’t in NXT and WWE to play games, she is here to change the game.

“I live for the pressure, I live for the moments when I’m deep in the match, out of breath, hurt and feel like throwing up. It’s in those moments that I push through, I keep punching, I keep going forward, because no matter what, I will never stop. That challenge, that uncomfortable feeling is what fuels me, and honestly, it’s what I live for. I’m not here for the games. I didn’t come here to be anybody’s little sidekick. I came here to fight and to take over. I’m changing the game. I don’t expect anyone to know that yet, but you will.” 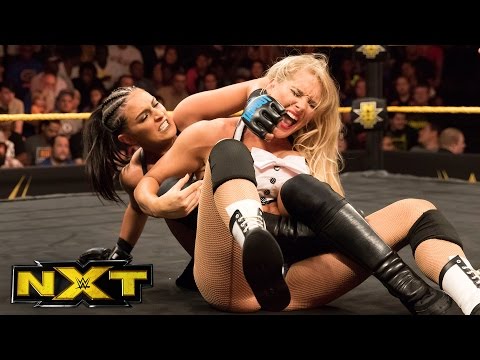 I am excited to see what she can do in the company, as I did like her on Tough Enough. She does have potential but I am yet to truly be impressed with what she is able to do. Obviously it is still early days, but I have hope. 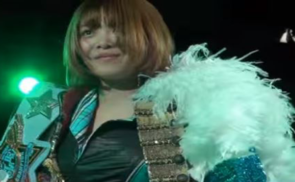 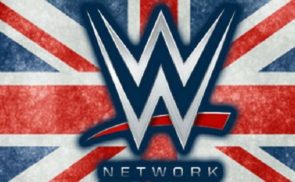