Kenny Omega on Adam Cole in NXT, His Time in WWE Developmental

Kenny Omega was interviewed by X-Pac for his podcast, where he spoke about there being a difficulty in Adam Cole debuting in NXT and his own time in WWE Developmental.

If you would like to listen to the entire podcast with X-Pac and Omega, we highly suggest watching the video below which contains the entire podcast. If not, then feel free to continue reading. For those who are relatively unfamiliar with Omega, he is the leader of the Bullet Club. That is the most popular faction outside of WWE. He also had some notable matches against the likes of Kazuchika Okada earlier this year and is the NJPW United States Champion. 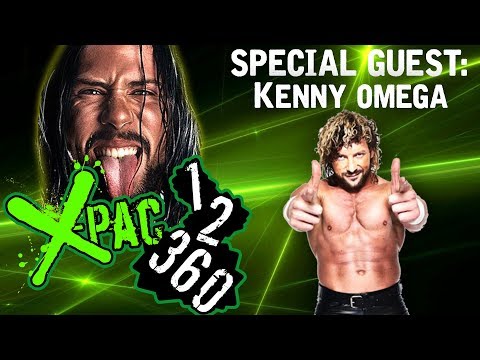 On Adam Cole debuting in NXT:

“As friend to Adam Cole, I am not sure what I can say or cannot say but I know there was difficulty with that situation. I’m just happy as a friend of his that he was finally able to freely make his television debut.”

On the skills he learned while he was in WWE developmental:

“It wasn’t pleasant while I was there doing it, but then I look back at it and it was an experience that helped shape the person that I am today, and I wouldn’t trade the experience for anything in the world because it really helped me see more of what the business end of wrestling is like there [WWE]. The highs and the lows, meeting some cool people. The biggest thing that helped me moving forward were, Dave Taylor was there and he had some classes. Before going to developmental I had next to no fundamentals and that was sort of, doing cool chain wrestling and using a lot of holds and stuff. That was sort of the kick on the indies. So when I had left developmental had I not had those fundamentals and been able to do those types of things, I wouldn’t have been able to have a career in the Indies at all… and I wouldn’t have ended up in Japan either.”

On singing ‘John Jacob Jingleheimer Schmidt’ with Daniel Bryan during one of their matches:

“We started singing it together and the lightning bolt struck. I’m like, ‘come on Brian we got to do this.’ And he’s like ‘What?! You’re kidding me?’ I was like, ‘No. We have to… Listen hear me out here Brian. You’re pretty much known as the guy that has these awesome matches with everyone. People literally call you the Best in the World and sure we could go out there today and we could have a pretty darn good match but then at the end of the day what’s it going to be? It’s just going to be another good match that you had. Who cares? So let’s do something memorable.’ And he’s like, ‘Okay. I’m listening.’ … It’s John Jacob Jingleheimer Schmidt. ‘Well what does that even mean?’ Off the top of my head I sort of laid out this groundwork for how it would be placed into this match. And he was like, ‘I think it’s going to be real fun, but man, I got a Steven Regal in the back of my head telling me right now this is the worst idea I’ve ever heard in my life.'”

What are your thoughts on what he had to say? Have you ever seen a match between Omega and Bryan? Let us know in the comments below or over on our Facebook page or Twitter account. Additionally, you can find me on Twitter at @SOSNH1995. We also want to remind you that we have a Newsletter you can sign up to. This will allow us to send you the best news in one place via an email. We also have the Wrestling Rumors app that we encourage you all to download to get updates faster than they release on our various pages. It is available on Android and iOS devices. 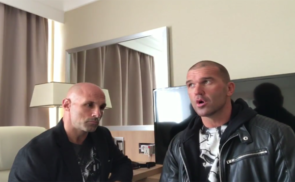 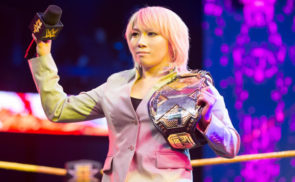