Welsh Superstar Steffanie Newell was interviewed by WWE.com, where she discussed overcoming a heartbreaking introduction to WWE.

Newell competed on the independent circuit, with the first name of Nixon, known also as “The Girl with the Shiniest Wizard.” She signed with WWE ahead of the Mae Young Classic but was unfortunately unable to complete.

Soon after signing, it was revealed that Newell had torn her ACL. With that, all hope for her to enter the tournament fizzled away, leaving her on the sidelines.

She made her return to the ring at an NXT live event earlier this month on April 13 and is now ready to compete again.

She first discusses what it was like to make her return in Venice, Fla:

It was just this jumble in my head. The nerves were taking over, but also the excitement. It was a very chaotic experience in my mind, but as soon as the music hit and I went through that curtain, it felt like home. I felt like I was finally where I belonged, out in front of that crowd in the NXT ring.

To continue this, she gave some insight into how the injury occurred in the first place:

It happened during training. It was just a fluke accident. I was running a drill. My foot stayed perfectly forward, but my body turned the other way, and I dislocated my knee and tore my ACL at the same time. Luckily, as soon as I hit the mat, my knee popped back in, so it was one less thing I had to deal with. But it happened literally two or three weeks after I arrived at the WWE PC, so the timing was very inappropriate with the Mae Young Classic being so close as well. As soon as I hit the mat, I knew something was wrong and I knew deep down I was out of the Mae Young Classic. When I got injured, I was crying — not because of the pain, but because I knew I was out of the Mae Young.

Newell was alone in a new country, a new home, without family there to support her. She was asked how she coped with all that:

Luckily for me I have incredible friends that helped me with everything in my day-to-day life. Dakota Kai and Ruby Riott were over at my house every day, just spending time with me and helping me set up my home because I was on crutches and couldn’t do anything for myself.

She continues to explain how she coped with the injury:

It was devastating … very mentally challenging to be around it and see it every single day. But I have such a great support system with my friends, the coaches and the doctors. They were so incredibly supportive. Although I was away from my family, thanks to technology like FaceTime, they were able to help me and give me boosts, reminding me of how hard I have worked and telling me that I just needed to keep my head up and keep working like I have been for the last few years, because I finally am where I deserve to be.

The Welsh Superstar confirmed whether this was the worst injury she has dealt with during her career:

Definitely. I broke my collarbone a few years back, but me being the young, ambitious child I was, I came back a lot sooner than I should have. Luckily, touch wood, that hasn’t caused any problems. But the knee is the most serious injury I’ve ever had with any type of sport.

She clarifies when she was cleared to compete:

I want to say it was about two months ago. I was able to get in the ring with one-on-one sessions, doing cardio, and then eventually I was able to do some wrestling. Honestly, I was just so happy to even be in the ring and do rope running. I used to dislike doing cardio, but being able to do that just helped so much, mentally more than anything. It picked my spirits up knowing that I was in the home stretch. It was a very exciting time for me.

Continuing this, Newell answers whether she was nervous or not, returning to the ring:

Not really, no. There are things I used to do which concerned me, but it’s exactly like when I broke my collarbone: I had to go straightaway into trying the moves, or I knew I’d never do them again. I threw myself into the deep end, and now I’m doing everything I used to do, if not more. I’m so much more confident with how strong my knee is, and how good the brace is, that there is no fear or concern anymore.

Newell explained how much Dakota Kai means to her and how their friendship blossomed during the time when she was out of action:

Unfortunately, the injury happened while we were running a drill together, and in a weird way, that kind of strengthened our bond. We started at the PC on the same day. We arrived at the airport at the exact same time and drove from the airport to our apartment in the same car. But I think the injury strengthened the friendship more than anything because she was there at the time it happened, and she will continue to be there. She has been my rock. She’s become one of my best friends, and I genuinely don’t know what I’d do without her. I’m very excited to see where this friendship and this tag team do go.

The Superstar explained how she broke down during training and which coach at the Performance Center helped her:

The one that sticks out for me … I can’t even tell you what was wrong, I was just having a really tough day, and coach Robbie Brookside noticed that something was off with me. He kept asking if I was OK. He must have known something was up, because he pulled me aside, and as soon as he did, I just broke down. Yeah, he gave me words of encouragement, telling me that I worked so hard to be here. He told me that I deserved to be able to show people why I deserved to be there. That was definitely a special moment that I still hold close to me.

Newell discusses what she was excited to do upon her return:

Yes! I was really excited to start hitting some Shining Wizards again. I’ve done that move for so long that it’s become me, almost. I’m known as “The Girl with the Shiniest Wizard,” so to be able to do that move again just made me feel happy. It was the first day I was back in the ring wrestling people. Dakota and I were just messing around, and she said, “Hit me with the Shining Wizard.” I was like, “No, no, I’ve got this big leg brace. I don’t want to do it,” and she’s like, “No, do it!” As soon as I hit it, it was just incredible.

She confirms which leg was injured, given it is a pivotal part of her offense:

It’s the actual knee that I hit people with. It’s now technically theShiniest Wizard because I’ve got a titanium knee brace on. Figuratively and literally, I have the Shiniest Wizard.

She laughs, discussing the outpouring of support for her in her return match:

*laughing* I was surprised with the reception that I had. I didn’t know if anybody knew me, but people started chanting “You deserve it,” which almost brought me to tears in the ring. I looked at Dakota, and she’s like, “Let’s try to keep it together.”

Ruby Riott and Sarah Logan, who are both dear friends of mine, made the trip to be there in person. [To have] the respect of my peers and my colleagues — with how they reacted before, during and after the match — means the world to me. It genuinely makes my heart so happy. It makes me so emotional, but in the best way possible, to know that they feel that way about me. Yeah, It means the absolute world.

Finally, Newell discusses what she takes away from the past 10 months of recovery:

When this first happened, people were saying that things happen for a reason. And since I’ve had the injury and come back to that response, I believe that more than ever. Things do happen for a reason, and if something’s getting you down, you just have to get back up and keep working hard. Sweat equity really does pay off, and it’s an even better feeling when all your hard work pays off. 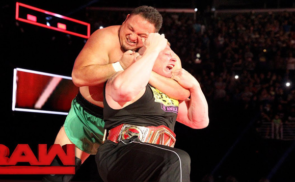 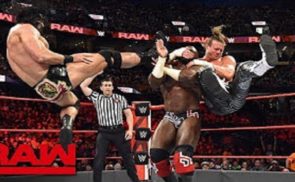 What’s Next For Drew McIntyre And Dolph Ziggler?