John Cena has made a name for himself around the world through a combination of wrestling, being a movie and television star and his charity work, notably with the Make-A-Wish foundation.  Now he is using that recognition as a stimulus for discussion on an Australian tour.

During his Australian tour, John Cena answered a fan question in regards to WWE not acknowledging Chris Benoit, which was caught on video.

The question itself is in reference to WWE not mentioning Chris Benoit in any context since June 2007 when he reportedly murdered his wife and son, before hanging himself two days later.

Replying to the fan, Cena had this to say:

“Very difficult question, and I’ll answer it like this. Often times, we get caught up in a person’s ability and their performance – and this transcends WWE – this is a problem in sport. It is also a problem in entertainment. People will do bad things. But if they are good at what they do, sometimes those things are overlooked. I don’t in believe that. I believe you should take ownership for your actions. All of them. Not just ones that are performed in front of an audience. I think our company’s stance on the entire situation set a precedent for athletics, and a precedent for entertaining of taking ownership for your actions.”

This is a video clip taken by an Australian WWE Fans page on Facebook. It shows Cena as he answers the tough question.

The 16-time WWE Champion is scheduled to face Rusev at the upcoming WWE ‘Battleground’ pay-per-view as confirmed this past week on ‘Smackdown Live,’ when John Cena made his highly anticipated return since ‘WrestleMania 33‘ when he proposed to Nikki Bella after they defeated The Miz and Maryse in an intergender tag-team match.

It is also being reported that Kurt Angle accidentally dropped Chris Benoit’s name this week during an interview.

I am glad to hear Cena actually touch base on this story, as it seems to go unmentioned by everyone. I am sure the majority of fans are aware of who Chris Benoit did, what his impact was on the wrestling industry and how terrible his final days and the aftermath of his death was.

What are your thoughts on what Cena had to say? Do you agree or disagree with him? Let us know in the comments below or over on our Facebook page or Twitter account. Additionally, you can find me on Twitter at @SOSNH1995. We also want to remind you that we have a Newsletter you can sign up to. This will allow us to send you the best news in one place via an email. We also have the Wrestling Rumors app that we encourage you all to download to get updates faster than they release on our various pages. It is available on Android and iOS devices. 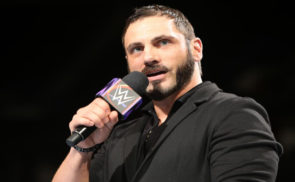 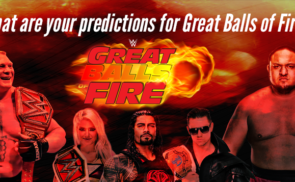