Jessica Troy: Growing Up, Being an Australian Woman in Wrestling, Goals

With the recent campaign from Mick ‘The Rapscallion’ Moretti about Australian and New Zealanders being overlooked, we have noted multiple promotions, fans and wrestlers notice the movement in an effort to increase the exposure of talent over in that part of the world.

We recently interviewed Mick Moretti himself, speaking about the entire revolution sparked by his video and #youreGonnaNoticeUs hashtag and now we are bringing you another interview with an incredibly talented, interesting Australian female wrestler known as Jessica Troy.

Hey Jessica! Before we begin, I wanted to thank you for joining me for this exclusive interview with Wrestling Rumors. I first want to ask you about what inspired you to become a wrestler. Was it a wrestler? If so, who?

“When I was young I would always get mad at my older brothers when they tried to watch wrestling on the TV (I’d much rather be watching Powerpuff Girls). Then I actually sat down and gave it a chance, from that moment on I was hooked. I remember one day they advertised a match between Lita and John Cena, it was a girl vs. a boy and I was so excited to see a girl kick butt just like in The Powerpuff Girls! This, and great wrestlers such as Shawn Michaels inspirited me to become a wrestler.”

As a female wrestler, can you explain how you broke into the business and what the perception was from your family, peers and the wrestlers where you would train?

“I first started training in January 2014 at a promotion called Newcastle Pro Wrestling with Adam Hoffman and Jack Bonza. The trainers there are amazing, they make sure everyone is treated the same whether you’re female or male. If any of the boys tried to go easy on me Adam would come in and say “NO! Hit her, she can take it!” he would then clothesline me just to prove his point.”


“My family were nothing but supportive, my dad would drive me to every training session and make sure I was keeping up with all the boys. He still comes to every show I have in Newcastle! I’m pretty sure he’s my biggest fan.”

When did you debut, and can you list some of the promotions you work for?

“I debuted in a Rookie Rumble for Newcastle Pro wrestling in May 2014, since then I’ve wrestled across Australia for places such as;

When do you feel like you’re at your best?

“Anytime I’m in the ring, whether it’s at training or on a show, being in the ring is my happy place. I haven’t reached my best yet though, that’s still a long way away but I’m constantly training to become better and better.”

Ultimately, what is your goal in wrestling?

“My ultimate personal goal is definitely WWE, that has been my dream ever since I started watching wrestling and its everything I’ve been working towards since I started training. Besides that, I would also love to travel as much as I can, my goals are to wrestle in the U.S. (which I now have), the U.K., Japan, Mexico and just as many places as I possibly can.”

Do you have any matches you’d like to be involved in throughout your coming years?

“Since being here in the US I have been lucky enough to compete in CHIKARA which has always been a goal, so I would love to come back and be a part of that again. SHIMMER is another promotion that I would very much like to be a part of throughout my career.”

“There are so many matches I would love to be involved in, I really want to wrestle Nicole Matthews, Toni Storm, and sooooooo many others.”

Where do you see the women in wrestling heading?

“I can only see women’s wrestling getting bigger and brighter. It has already grown so much in the past few years and I don’t see that momentum slowing down. I’m very much looking forward to women headlining WrestleMania!”

“Coming from Australia has been a major plus when it comes to women’s wrestling as there are so many great inspirations. We have Billie Kay, Peyton Royce and Emma already in WWE, as well as the girls back home like Madison Eagles, Shazza Mckenzie and Charli Evans who are all crazy talented and motivational for me.vI feel very lucky to have had so many strong female figures influence me when it comes to wrestling.”

Do you feel that being Australian has limited what you’ve could do, as ‘The Rapscallion’ Mick Moretti has suggested with the revolution he has started?

“I don’t think being Australian has limited my potential, I just think the world has a limited knowledge of Australian wrestling. However, the Rapscallions Revolution is going to change that! We want to show the world all the world class talent that is living in Australia.”

Would you say NXT and WWE is a goal for you as an Independent wrestler? Or do you feel that it isn’t necessary nowadays’?

“For me personally, yes. That has always been my main goal and it will continue to be. I don’t think it’s a necessary goal for every independent wrestler though, everyone can have completely different goals and still be successful.”

Are there any specific places in the world you’d like to work in, such as Japan, the U.K. or elsewhere?

“Like I said before, I want to travel everywhere possible, the U.K., Japan, Mexico, German… EVERYWHERE!!”

Can you give the readers some information on your character?

“I am a wrestler that needs no moniker or parenthesized nick name, my in-ring talent speaks for itself. I may look sweet but I’m a dangerous technician that combines a strong grappling with Lucha inspired agility moves. So basically, I might look cute but I can rip off your kneecap.”

Where can people find more of you if they would like to follow what you are doing?

Well thank you for joining us, Jessica! Before you go, is there anything you’d like to say?

“Thank you so much for having me here!”

Once again, Wrestling Rumors would like to thank Jessica Troy for her time today and allowing us the pleasure of having her and Mick “The Rapscallion” Moretti with us to talk about something that could change the face of wrestling as we know it. 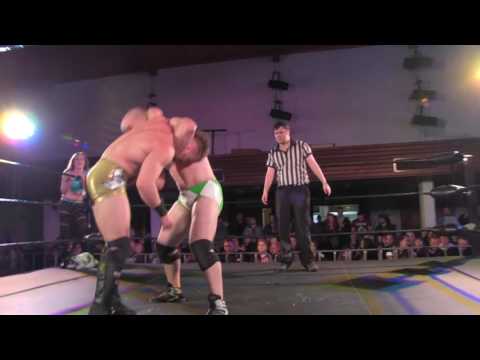 It was a pleasure having the opportunity to interview Jessica. She gave me a great insight into how wrestling is over here and the perception of female wrestlers breaking into the industry. Wish all the best to her and Moretti, who are a couple.

What are your thoughts on women’s wrestling? Will you check out Troy’s work? Let us know in the comments below or over on our Facebook page or Twitter account. Additionally, you can find me on Twitter at @SOSNH1995. 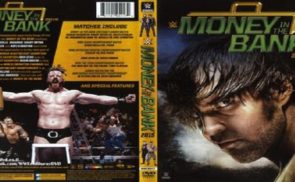 Money in the Bank 2015: A Long Night for Ladders 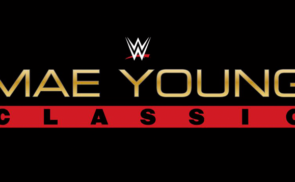