Ho Ho Lun on Why He Left WWE, His Family, Wrestling Scene in China

Ho Ho Lun spoke to South China Morning Post about working for WWE, what led to his release, his family and what he intends to do for the Chinese wrestling scene moving forward.

The video below features Ho Ho Lun competing against a somebody by the name of Jason Lee back in 2016. If you want to see more of what Lun can do, especially in his own home environment, we highly suggest watching this full match that displays his impressive talent and potential. 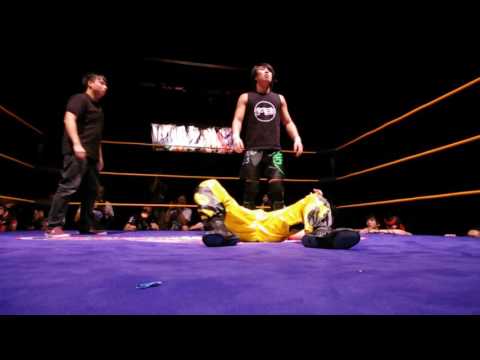 On the pressure of competing for WWE:

“The morning of the match, I still felt normal. And then when I got to the backstage I thought, ‘Oh my god, is it me next?’ I was a little bit upset afterwards, I felt it’s not the best match I’ve done. American style is totally different, so that first match is very nervous for me.”

On the response of WWE’s fanbase:

“I see it on my Twitter – ‘Ho Ho sucks’. I said, ‘Yeah, I know’. It breaks your heart but I know it’s true. If I’m reviewing that match, I’d type the same thing on my Twitter. But if they criticise me, that means they watched me. It’s better than people not watching me. It motivated me to get better.”

On being released from WWE:

“Ho Ho fired himself. I didn’t want to come back to Hong Kong because my job in WWE was surely the best job in the world but then in July, I found out my mum is ill. She cannot walk, she started losing her memory. I asked if I could quit to take care of her.”

Mama Lun thanks everyone for their kind words. She feels great today. #wwe #wwenxt #wweuniverse pic.twitter.com/RLPexrhyAf

On helping Chinese recruits such as Tian Bing from Shanghai:

“When Tian Bing first got there, he cannot even say: ‘How are you?’ in English. But he’s getting a lot better now. They signed seven other wrestlers from China in January, most of them did not have any experience to live outside China. Sometimes it’s quite painful to work with them, because the culture is a lot different. You have to explain to them. But I wanted to help. That’s my job, babysitting. We always make fun of me, ‘I’m the babysitter. Do this, don’t do that. Put your garbage in a bag! That’s recycling! In China they just do things different, but they’re learning really quick. Hong Kong is much more British, you know, the way I grew up.”

On competing on NXT:

“Other than the Cruiserweight Classic, every NXT match I do the guy is one foot taller than me, I can’t do much. Most of my matches in NXT are like five minutes. If there’s a chance, I wanted to do more matches with smaller guys.”

“I never got a chance to wrestle there. I don’t know what happened. Maybe they want me to stay in NXT for a while first. I wanted to go there – the crowd is always 5,000 or more. That would be a lot busier though. It’s not that easy to come back here to Hong Kong while I’m on the roster, so I’m not upset at all. I always missed Hong Kong. I came back every three or four months for a week, just to eat food. American food is no good. In America, oh boy, I actually eat Chinese food. But American-style Chinese food is fake Chinese food. But that’s the most familiar taste. It’s not 100 per cent, it’s 50 per cent, but it’s OK.”

On the booming of pro wrestling while he was in WWE:

“There was a lot happening, I felt like I was missing out. One year for me in America, it was so far, so good. But my next step is to build pro wrestling in Asia, and make it a mainstream sport as popular as it is in America.”

On differences wrestling outside of WWE:

“Here, my map is a lot bigger. I love to see different things, different cultures, meet different people. In NXT we meet the same people every single day. I would wake up, train, eat lunch, get in the gym, eat again, go home, relax. Promo classes once a week, show every Thursday, Friday, Saturday. It’s really busy, six days a week. Sometimes when you go to a show you don’t come back home until 3am. You got Sunday off, Monday you wake up at 7am again to start this routine again.”

On his promise when ending his wrestling company:

“I did a promo at the last show. I said I promise to everyone I’m gonna bring Hong Kong wrestling to the world. So that’s one of the goals achieved. I thought now is the time, when I come back, I can use my reputation from WWE to help these small promotions to get better. Even the wrestling promotions in China – the Chinese government is not going to help with Chinese things. But if you’ve got a reputation from America, maybe they’ll like it. I’m gonna use that reputation, not to market myself but pro wrestling as a whole everywhere in Asia. This will be my mission for the next 10 years.”

On his reputation since being in America:

“My Twitter is full of nice messages now. Oh, Ho Ho, I miss you’ … yeah, you should say that earlier. Maybe I won’t decide to leave! But it’s happened, it’s all good. The last few months, I did a few matches in NXT and they say, ‘Oh, Ho Ho lost, I’m sad’. That’s a good comment too. It’s good progress. I didn’t tweet a lot while I was there, Twitter is just not a Hong Kong thing. But since I have my new mission now, I will start to tweet more, so the wrestling fans from around the world can see what happens here in Hong Kong. I’m very excited.”

Did you enjoy Ho Ho Lun? What are you going to miss about him? Let us know in the comments below or over on our Facebook page or Twitter account. Additionally, you can find me on Twitter at @SOSNH1995. We also want to remind you that we have a Newsletter you can sign up to. This will allow us to send you the best news in one place via an email. We also have the Wrestling Rumors app that we encourage you all to download to get updates faster than they release on our various pages. It is available on Android and iOS devices. 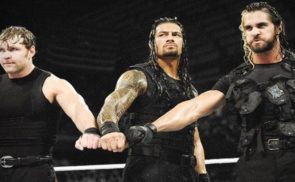 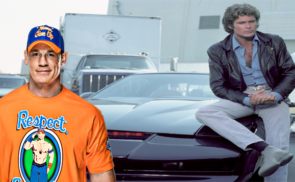