PWInsider has confirmed that ‘Fighting With My Family,’ the film based on the life of SmackDown Live General Manager Paige is being delayed till 2019.

Paige has had a storied career and an incredibly interesting life so far. This led to former WWE Champion and mega-film star The Rock announcing that her life would make it to the big screen in the form of ‘Fighting With My Family.’

So when will it come out?

The film was scheduled to be released in September of this year but has now been pushed back to 3/1/19. Deadline.com reports that the decision was made so the film isn’t swarmed and overlooked by other movies during the release weekend, which would have included the new Predator film.

The film, as mentioned above, has a focus on Paige and her family. It is directed and executively produced by Stephen Merchant. In the film, Paige is portrayed by Florence Pugh, WWE’s Velina Vega plays AJ Lee. Lena Headey and Nick Frost play Paige’s parents. Check the trailer below:

What are your thoughts on the film? Are you going to watch it when it is released?

Editor’s Note:
I’m personally fine with the extra time waiting. I just hope we don’t have to see too many of the advertisements over WWE content like they did aggressively during WrestleMania week. 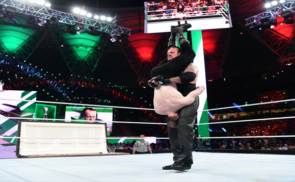 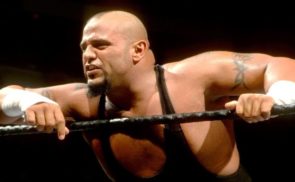