A Fan Was Arrested During WWE ‘Elimination Chamber’

As broke by Heel by Nature on YouTube, a fan in attendance at the WWE ‘Elimination Chamber‘ pay-per-view was arrested during the show.

The fan was arrested during Ronda Rousey’s contract signing for ‘Raw’ involving Kurt Angle, Triple H and Stephanie McMahon towards the end of the show.

As Heel by Nature reports, the fan appeared to begin fighting with others during the segment. He may have been intoxicated, as alcohol seems to have played a part in this.

Below is a video of the arrest.

As you can see in the video below, the fan isn’t exactly going away in peace and is clearly furious.

At this time, we are unsure as to whether the fan has been charged, but we can confirm based on the reports we’ve heard that he has been arrested to some degree.

Also during the show and specifically during the ‘Woken’ Matt Hardy vs. Bray Wyatt match, fans started to throw around beach balls, as they tend to do more commonly at shows.

There was some backlash from the fans who didn’t want to see the beach balls, but we are unsure if the police were involved in this matter.

Stay tuned to Wrestling Rumors for more potential news on this incident.

Have you ever attended a WWE show? Did you enjoy it? 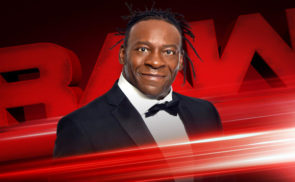 Booker T on Superstars He Is Optimistic About, Ronda Rousey 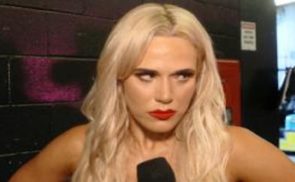