James Ellsworth on Being Carmella’s Pet, Ronda Rousey in WWE

Former WWE Superstar James Ellsworth was interviewed by Andy Malnoske of WrestlingInc where he spoke about being Carmella’s pet on WWE TV and Ronda Rousey in WWE.

While Ellsworth seemed on a rise in WWE since he was first signed to a contract, that all seemed to degrade once he became the manager and eventual ‘pet’ to Miss Money in the Bank, Carmella before Ellsworth was ultimately released.

“I was OK with doing it, who wouldn’t? It’s Carmella. But to me, I thought the fans thought it was weird, so I’m glad it didn’t last long. But again, I personally didn’t mind it but I think it was weird for people to watch.”

Since leaving WWE, Ellsworth has created an intergender Championship that he plans on defending throughout the independent circuit, and will soon be facing former WWE Superstar Emma (now Tenille Dashwood) for the Championship.

“I’m wrestling Emma next month who’s also in the indies, she goes by Tenille Dashwood now. I think on the independent scene she’s probably the biggest name that’s a girl. I would love to wrestle Carmella for it, that would be cool, I think people would love that. But yeah, as far as the indies go I can’t wait to get in the ring with Emma next month, I think that will get a lot of people talking.”

Finally, Ellsworth commented on Rousey being signed to WWE.

“I mean, she’s one of the biggest stars in the world. As far as star power, she’s great for WWE. It’s good for both, it’s good for her and WWE, I think it’s a good relationship with them too. I think both parties will make a lot of money off of her being there. She’s awesome and she’s been working hard in the ring and I think she’s gonna surprise a lot of people and be a really, really good wrestler.”

Check out the interview below. 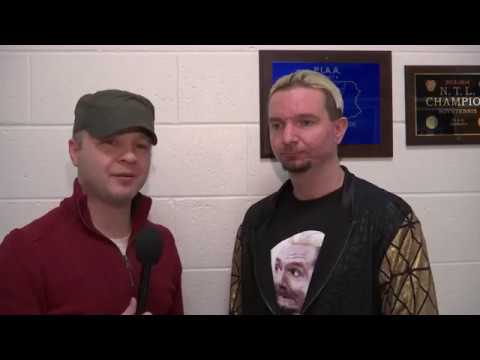 What do you think of Ellsworth’s intergender Championship idea? Who would you like to see him face? 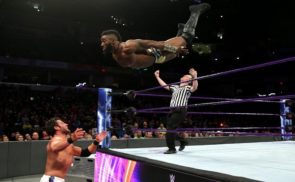