On the latest edition of Edge & Christian’s Podcast of Awesomeness, the two former WWE superstars spoke at length about the ‘Smackdown Live‘ duo of Rusev and Aiden English getting over with the WWE Universe.

WWE Hall of Famer Edge explained that he had turned on the television for ‘Smackdown Live’ and was surprised to see how over both Rusev and English were since the last time he had watched.

“Rusev, I have not been privy, I guess, to how over he has gotten himself. Yeah, he’s doing this thing called Rusev Day and people are going nuts! Yeah, it’s a thing. And Aiden English sings their promos and it’s really entertaining stuff.”

Christian explained how he may have influenced the gimmick English has.

“I liked [English] the few times I met him at the [WWE] Performance Center. And I just think it’s hilarious and I think I told him this too, like, ‘if you just sang all the time.’ He sings in his promos and I told him if he sang for everything like his entire life was a musical. Yeah, I guess in a roundabout way I am [saying I came up with English’s gimmick].”

Continuing, the former World Heavyweight Champion said he would love to give Rusev one of his old sayings but with a new twist.

“I helped him with parts of it. Yeah, I have this moniker that I want to pass on to him. He could ask for ‘one more machka,’ If you think about it though, right, you have Rusev ‘machka’ and you could have a t-shirt and on the back it says, ‘one more machka,’ right? Yeah, he can thank me for that later.”

You can find the match between The New Day’s Xavier Woods and English in the WWE United States Championship tournament from this past week on ‘Smackdown Live’ below. 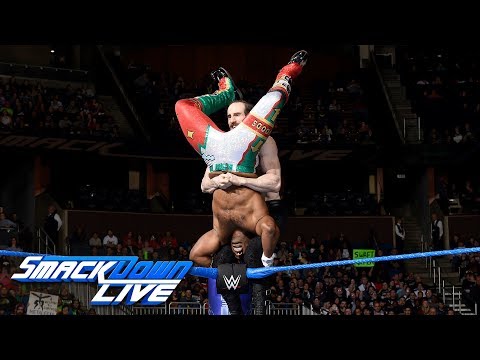 Do you like Rusev and English? Would you want to see Rusev saying ‘one more matchka?’ 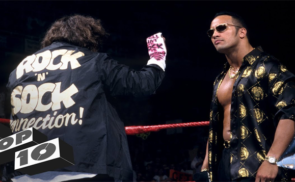 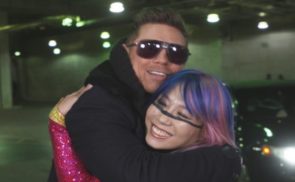