The Money In The Bank match is undoubtedly one of the largest, most crucial matches of the entire year for WWE. A win here for any superstar, now male or female with the ‘Smackdown Live’ version of the match this year for both genders, can change the entire course of the year in terms of booking and storylines proceeding the event.

Former WWE Creative writer Kevin Eck took to Sporting News to pen an article about some of the behind the scenes in regards to several of the Money In The Bank winners, including the problems they faced.

Eck first spoke at length about Bryan’s cash-in. He begins by explaining that he joined Creative six weeks after Bryan had won the ‘Smackdown’ variation of the briefcase. Even in joining, he knew Bryan wasn’t getting much of a push. He would even go so far as to learn Vince McMahon had ‘buyer’s remorse’ about giving Bryan the briefcase.

After Bryan won the briefcase, Eck explained that Bryan lost several pay-per-view and ‘Smackdown’ matches against talent like Wade Barrett, Sin Cara and Cody Rhodes, often being relegated to ‘Superstars’ as opposed to winning matches on ‘Smackdown’ as one would expect of a future World Champion.

Eck felt that if Bryan had any hope of eventually being Champion, a storyline would help get him over. He felt pairing Bryan with another ‘nerd’ in AJ Lee would help his case and in pitching the idea to the head writer, Brian Gewirtz, he got approval and they started working on backstage segments for the soon to be on-screen couple.

It should be noted, Eck explains, that Bryan was unsure if the storyline would work or be useful at all as a previous storyline he had with Gail Kim and The Bella Twins wasn’t well-received.

Despite the storyline being in the early days of development, it appeared that then-World Heavyweight Champion Mark Henry would need time off to heal. The solution was to have Big Show win the upcoming match against Henry at the ‘TLC’ pay-per-view as they were already set to headline it. One of the writers brought up Bryan potentially cashing in, which McMahon agreed with, stating that Bryan could become cocky and eventually turn heel after winning the title. Eck even asked if they could add an element of tension between Bryan and Lee to get him more heel heat, which was agreed upon, despite McMahon being worried if Lee could handle it.

This would eventually lead to must-see TV on ‘Smackdown’ and continued as such for months. Bryan would than obviously go on to become one of the company’s most over faces in history, up until his retirement due to multiple injuries during his career.

Bryan is now the ‘Smackdown Live’ general manager and recently he and wife Brie Bella had a baby girl named Birdie. Bryan has had some time off due to being a new father, but will be returning next week on ‘Smackdown Live.’

Dolph Ziggler won the briefcase in 2012, but Eck explains that there was no plan set in place for Ziggler to win the World Heavyweight Championship. His run with the briefcase was eventually considered to be a running joke due to his numerous failed attempts at cashing in. It was expected by many that Ziggler would fail to cash in.

Both McMahon and Triple H weren’t fond of Ziggler,supposedly for different reasons. In the case of McMahon, it was that he wasn’t liking Ziggler’s work in the ring and at cutting promos. Meanwhile, Triple H was adamant that Ziggler appeared to be trying to cement himself as the next Shawn Michaels as opposed to finding his own identity.

However, it was Pat Patterson who stood by Ziggler’s side and helped continue to bring him up to McMahon. Patterson has been a member of McMahon’s inner circle, Eck explains, for years meaning that McMahon often trusted what Patterson said.

Patterson lobbied to have Ziggler cash in at ‘WrestleMania’ but despite pleaing to everybody he could find backstage, McMahon denied the request. According to Eck, Patterson said the fans would go ‘bananas’ for the cash-in. They did, but this would come the night after on ‘Raw’ when Ziggler cashed in on Alberto Del Rio to capture the Championship. McMahon decided on having this because he wanted a big surprise for the night after the biggest night of the year. He adamantly said that this did not mean a push for Ziggler.

Ziggler will be one of six participants in the upcoming ‘Smackdown Live’ Money In The Bank match tonight when he faces Sami Zayn, AJ Styles, Kevin Owens, Baron Corbin and Shinsuke Nakamura in the annual Ladder match.

There was much debate as to who would win the 2013 Money In The Bank match. Nearly all of the competitors were considered but it ultimately fizzled down to either Sandow or Barrett. Eck kept saying he wanted Barrett as he could be a star, but didn’t see Sandow as a main eventer.

When McMahon eventually decided on Sandow, Eck quietly told his colleagues he knew Sandow would be the first Money In The Bank winner to fail the cash-in. After capturing the briefcase, Sandow would continue losing more matches, which McMahon said was fine as he still had the briefcase to legitimize himself. However, McMahon would ultimately decide they chose the wrong guy and have Cena retain his title when Sandow cashed in. Eck still believes if Barrett won he would’ve met the same fate as McMahon soured on Barrett too.

Eck says he made the mistake of telling Sheamus he was going to win and when Sheamus found out he wouldn’t, he wasn’t exactly happy. This was due to Sheamus feeling his character needed a heel turn to freshen him up. The briefcase was to stimulate that heel turn. However, with CM Punk leaving the company there was a void in the top babyface spot and Sheamus had to stick with being a face.

Regardless, Sheamus would turn heel in March 2015 and eventually capture the Money In The Bank briefcase, cashing in at ‘Survivor Series’ of that year on Roman Reigns to win the WWE World Heavyweight Championship.

Sheamus is now one half of the Raw Tag Team Champions alongside Cesaro after defeating The Hardy Boyz at ‘Extreme Rules.’

That was a lot of information I never personally knew! WOW! You learn so much about the business by hearing insider perspectives. It makes me happy knowing people like Cesaro and Cody Rhodes were considered to win Money In The Bank but it is unfortunate they didn’t get the opportunity to fill that role.

What are your thoughts on these cases? Did you expect to hear any of this? Let us know in the comments below or over on our Facebook page or Twitter account. Additionally, you can find me on Twitter at @SOSNH1995. 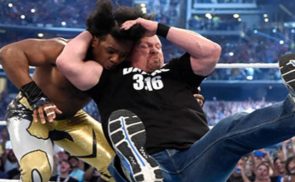 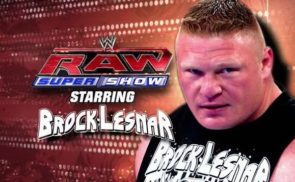