How Long Will the Kurt Angle & Jason Jordan Storyline Continue For?

Long live American Alpha, but it appears that both Jason Jordan and Chad Gable are single stars moving forward, with Jordan on ‘Raw’ and Gable remaining on ‘Smackdown Live.’ 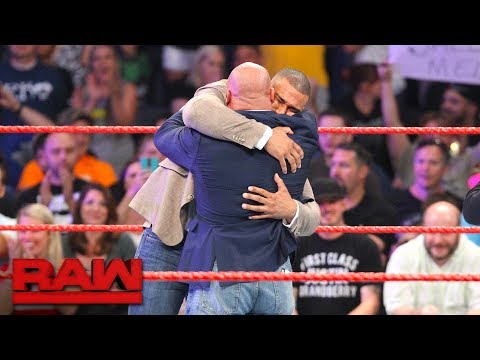 In case you missed ‘Raw‘ last night, we suggest you take a look at this video, where Kurt Angle announces Jordan as his son. It is arguably one of the most interesting and even creative stories WWE has attempted to tell in recent memory.

Pro Wrestling Sheet have today explained what the expected length for the storyline involving Jason Jordan and Kurt Angle is.

It is being explained that the relationship between Jordan and Angle will be one of the central storylines for ‘Raw’ moving forward and will last at least a few months. It is being noted that Gable will not be coming to ‘Raw’ so this move by WWE will have both prior American Alpha members as singles competitors.

Jordan is reportedly set for a solid midcard level push, whilst Angle attempts to be a father figure. It is unknown whether this push will see him remain a face, turn heel or capture any championships. That said, the future looks bright.

Despite already guessing and speaking to others about Jordan or Gable being my two picks for who would come out as Angle’s son, it still surprised me. You do have to keep in mind that Jordan is a member of the ‘Smackdown Live’ roster so I thought it unlikely for him to come to ‘Raw.’

What are your thoughts on this storyline initially? Are you buying into the storyline? Let us know in the comments below or over on our Facebook page or Twitter account. Additionally, you can find me on Twitter at @SOSNH1995. We also want to remind you that we have a Newsletter you can sign up to. This will allow us to send you the best news in one place via an email. We also have the Wrestling Rumors app that we encourage you all to download to get updates faster than they release on our various pages. It is available on Android and iOS devices. 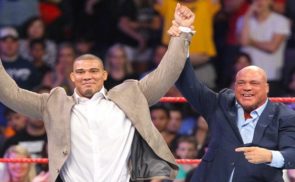 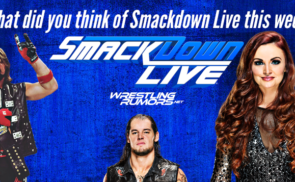