AJ Styles is seemingly one of the most down to earth, funny guys to grace a WWE ring. He has been in the company around a year and a half and is one of the top guys they have.

As reported by WrestlingInc, AJ Styles appeared at Atlanta, Georgia local radio station Rock 100.5’s Bailey and Southside where he spoke about Shinsuke Nakamura’s character and potentially facing him.

Bailey and Southside asked Styles who he would like to face in a WWE ring, preferably somebody he hasn’t yet faced, after his feud with Kevin Owens, which doesn’t appear to be over. Styles responded with fan favorite Nakamura, who fans cling to see in a NJPW ‘Wrestle Kingdom 10’ rematch.

“Well, I can tell you there [are] a lot of people that want to see Nakamura, Shinsuke Nakamura, and myself in the ring. We’ve done it before for a different company, but never in the WWE.” Styles added, “I think something like that is going to happen. It has to.”

Styles was also asked about Nakamura as a wrestler, to which Styles explained he has an MMA background and while he can look innocent, he can be deadly in the ring. He said that Nakamura is a fan of Michael Jackson and takes inspiration from him.

“He’s a different cat. There’s no doubt about it. He’s a big Michael Jackson fan and you can see that. His performance, everything he does, he’s Michael Jackson, but he’s a heck of an athlete. He’s an MMA guy, he knows his stuff and he will kick your head off. That’s legit. He fought in mixed martial arts, so the guy knows what he’s doing, so he’s kind of a bad dude despite the fact that his stuff is Michael Jackson and that doesn’t come off as very intimidating, but it isn’t a laughing matter when he puts that boot up against your face.”

Styles and Nakamura are both entered in the ‘Smackdown Live‘ Money In The Bank match, where the winner will win an opportunity at cashing in for the WWE Championship at any point. 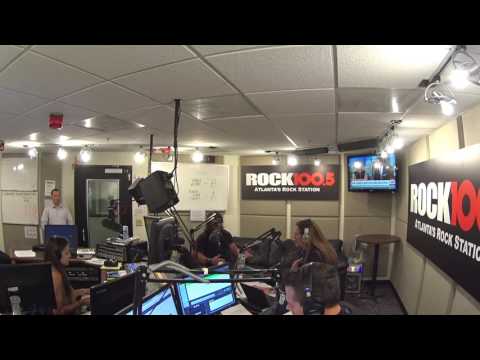 Shinsuke vs. AJ is definitely a match most people want. I’d like to see Styles face many opponents he hasn’t had the opportunity to face yet. I know he’d be able to have amazing matches with just about anyone. The whole interview he has with Bailey and Southside is amazing! They are good interviewers, in my opinion. 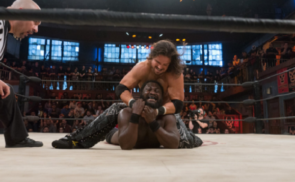 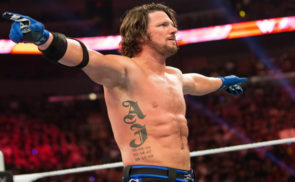