Uh oh… 205 Live Superstar and NXT alumni Hideo Itami may be teasing his exit from the company based on his most recent tweet.

Itami was in action less than 24 hours ago on 205 Live where he lost a match against NXT Superstar and 205 Live debuting performer Roderick Strong in a first-round match for the Cruiserweight Championship.

After the match, Itami took to his Twitter account and sent the internet alight with rumors he may be making his exit from the company. The tweet read “It’s Over.”

Fans throughout social media and in the comments of that tweet all seem to believe that Itami is now on his way back to Japan to compete for New Japan Pro Wrestling under the name KENTA as he had before making it to WWE.

That said, 205 Live Superstar Drew Gulak lightened the mood with a joke to the Japanese-born Superstar. Check out Gulak’s tweet:

We have not heard any confirmation that Itami is gone from the company so at this point his tweet can only be seen as a tease, so take everything with a grain of salt. Gulak’s message would further indicate that there may be a different meaning.

There are numerous other possibilities as to what this refers to. Some believe it to be a reference to the Finn Balor “Over” shtick that we’ve seen over social media and it being in relation to 205 Live being over with the crowd more since Drake Maverick became General Manager last week for the program.

Others believe it is Itami reflecting on his chance at capturing the Cruiserweight Championship being over.

You can view his match against Strong here, in case you missed it. 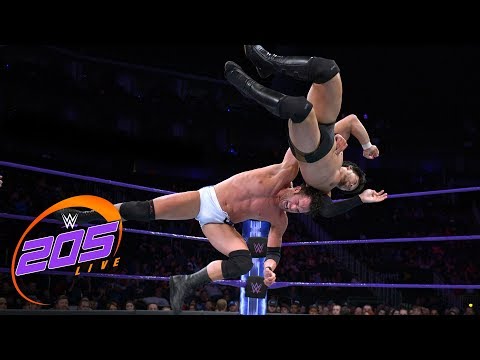 What do you believe this means? Are you a fan of Itami? 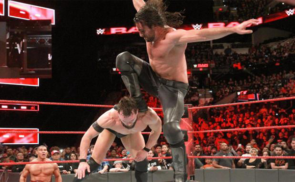 Who Will Be Teaming With Seth Rollins With Jason Jordan Out? 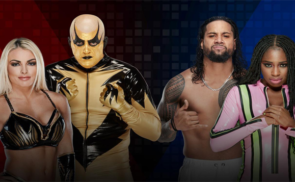 Did the WWE Mixed Match Challenge Ratings Bounce Back?