WWE Wants the Hardys Back – Here Are the Details

Matt Hardy might be broken, but (love it or hate it) the new gimmick means he’s one of the hottest things in pro wrestling right now. It seems that multiple companies are looking to control the Hardy empire.

According to this week’s Wrestling Observer (subscription required), both WWE and TNA want to lock down the Hardy name. The contracts for both Jeff and Matt expire in February.

TNA has been trying to get exclusive contracts for both, but their success on the indie circuit means that it would be difficult to make that happen. With TNA under new ownership, it might be possible to pony up the cash for the Hardys to stay there exclusively, but that remains to be seen.

WWE sees huge merchandising potential for the Hardys, and with chants for Matt appearing frequently at WWE and NXT shows, its clear they would be a draw for the World Wrestling Entertainment audience.

But while WWE wants them, there are several factors that make the Hardys reluctant to sign. A WWE schedule is much rougher than their current one, and with Jeff’s injuries and Matt’s family, they may want to stay off the road as much as possible.

Jeff and Matt also essentially run their own creative in TNA, and are the most heavily pushed gimmick in the company. With WWE focusing largely on younger stars, there’s a strong chance that the Hardys could get lost in the shuffle.

Those are the concerns in the WWE negotiations, which are reportedly in an early state.

Would you want to see Broken Matt and Brother Nero in WWE? Let us know in the comments below, or on Facebook! 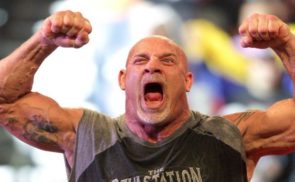 Backstage Report On What WWE’s Planning For Goldberg 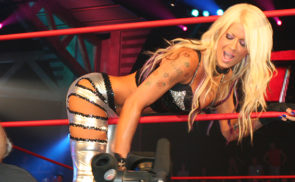