Top NXT Star May Be Out With Injury

Samoa Joe just wrapped up his NXT Championship feud with Shinsuke Nakamura in a steel cage match, which the King of Strong Style won in a very decisive manner, delivering three Kinshasas to the former champ.

Speculation has been rampant that the decisive end to the championship battle means that Joe’s time in NXT is just about up, and that he’ll be making his main roster debut soon. But even if such a debut was in the works, it may be hitting an unfortunate delay.

According to WrestlingInc, Samoa Joe appeared at an NXT live event on Thursday only to say he wasn’t cleared to compete. He sat at ringside for a main event featuring Nakamura and Tye Dillinger defeating Bobby Roode and Andrade “Cien” Almas.

Joe appeared in tag team matches on the 8th and 10th, but it’s reported that he was involved very little in those bouts. An advertised Fatal 4-Way in Sydney featuring Joe saw a last-minute change to six-man tag team action, which saw very low-impact action with minimal bumps.

If Joe has been working at all, it seems unlikely that this injury is especially serious, but with fans so excited about the possibility of a main roster debut from the legendary Samoan Submission Machine, any bit of trepidation is cause for concern.

Should we be worried about Joe’s future? Let us know what you think in the comments below, or on Facebook! 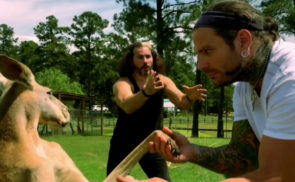 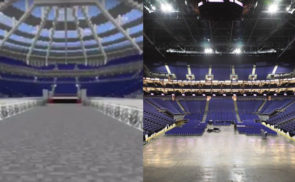 Roadblock Arena Fully Recreated In Minecraft – Inside and Out!