The short answer: No, absolutely not.

Braun Strowman’s backstage beatdown of Roman Reigns turned a lot of heads this week. It was a perfect combination of corniness, violence, and drama. We were sports entertained.

But the logistics of the segment were certainly questionable. Not only was there the apparent mannequin in place of Roman on the stretcher, the idea of Braun flipping over an ambulance strained credibility to the breaking point.

The definitive answer on whether that stunt’s possible? “Maybe, if gravity didn’t exist.”

That’s according to Jake Boly, a pro strongman blogging for BarBend. An ambulance typically hits the scale at over 10,000 pounds, and are specifically designed to be bottom-heavy to avoid high-speed flipping.

Strongmen competitions have seen competitors flip cars, but those lighter-weight vehicles typically come in at about 1,500 pounds–a fraction the weight of that ambulance.

Sorry to break the magic for you, kids, but even the brawny strongman Braun Strowman couldn’t have tipped an ambulance. (But it still made for darn entertaining TV.) 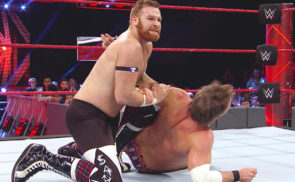 Will Moving to ‘Smackdown’ Actually Change Anything For Sami Zayn? 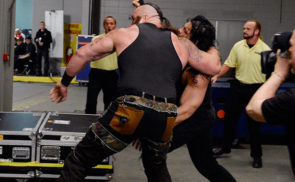