The question of La Luchadora’s identity has been put to rest–sorta. We know who’s behind the mask, but it seems unlikely that identity will remain the same for the final unmasking. After all, the current Luchadora is about to be making a TNA appearance.

As previously reported, it’s Deonna Purazzo under the pink mask and ridiculous blue tights. The New Jersey native is still a free agent, having appeared at numerous independent promotion throughout 2016 in addition to a few matches in NXT.

She’s making an unlikely leap straight from SmackDown to one of WWE’s few televised competitors. According to Squared Circle Sirens, Deonna is scheduled for this week’s TNA tapings in Orlando.

Purazzo appeared with TNA multiple times in 2016, filling out Knockout-heavy cards on pay-per-view. She’s also scheduled in 2017 with Japanese promotion Stardom, widely regarding as producing the finest women’s wrestling in the world.

As for La Luchadora, since Purazzo is clearly not under a WWE contract, any speculation that she would prove to be the masked wrestler’s final identity seems unlikely. Mickie James is scheduled to return to SmackDown soon, though I’m skeptical that a fairly goofy mask gimmick is the right move for her debut. Naomi and Eva Marie seem like far more likely alternatives.

Are you looking forward to seeing more of Purazzo? Who do you think will finally be revealed as La Luchadora? Sound off in the comments below, or on Facebook! 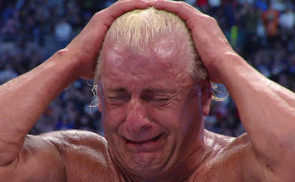 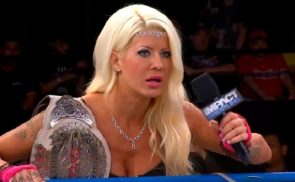