Kurt Angle is heading to the Hall of Fame in just a few weeks, but people won’t stop speculating about when he’ll return to WWE programming. Well, wonder no longer, because he’s back tonight! Kind of.

Angle will be appearing on the return episode of Bring It to the Table in a pre-taped interview with Corey Graves. As Angle’s first official appearance on WWE programming since the announcement of his induction, it’s significant–but it’s not the real return fans have been hoping for.

Bring It to the Table is the post-Raw talk show that WWE put together when they realized a Monday night emulation of Talking Smack wasn’t working. The last episode had some interesting kayfabe-breaking moments, but nobody really missed it when it disappeared the next week. This time, with Corey Graves replacing Paul Heyman alongside JBL and Peter Rosenberg? We’ll see, I suppose.

Just a typical afternoon with one of the greatest of all time… Don't miss my EXCLUSIVE interview with 2017 WWE Hall of Fame Inductee, @therealkurtangle on the next #bringittothetable! One week from THIS Monday (3/13)on @wwenetwork! #412 #ItsABurghThing

At this point, it seems certain that Angle will be doing something of substance with WWE, but the exact nature of that role remains entirely up in the air. He’s been wrestling very recently on the independent circuit, so he can go in theory, but that’s now for WWE doctors to decide.

The other possibility that’s been suggested would have him take the place of Mick Foley as Raw GM, which could be a very interesting development for the red brand.

Will you be tuning in for the Angle interview tonight? Let us know in the comments, or on Facebook! 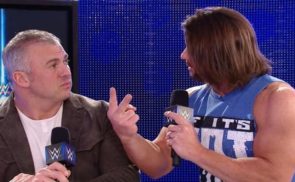 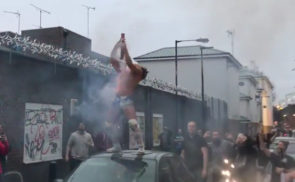 Watch: Kota Ibushi Launches Fireworks On Himself and Moonsaults Off a Car