Hell in a Cell Preview – Sasha Banks vs. Charlotte

This is the first time any women have participated in this particular match and on top of that it’s in Banks’ hometown of Boston. Why they didn’t just wait until this show to do the title change isn’t clear but the match being inside the Cell is a huge milestone for women’s wrestling. If this match closes the show (more on that later), it’s the biggest match in the women’s wrestling history.

This is where I get scared of WWE as there’s always a chance that they’ll have the biggest layup imaginable and screw it up. Banks retaining here should be an easy concept but WWE seems to have no problem crippling their stars’ hometown fans. If Banks loses and this doesn’t go on last, I have no idea how they expect the fans to care about the main event.

But yeah, Banks wins here and goes on to feud with either Bayley or Jax in the first part of the new year as we somehow get to the Four Horsewomen in a match at “Wrestlemania XXXIII”. Charlotte will be fine as she regroups and fights someone else (I’m not sure who though.) but Banks should go over here.

That leaves us with the big question: what goes on last? There have been stories all over the place about whether Rollins vs. Owens or Banks vs. Charlotte is the main event with “Monday Night Raw” General Manager Mick Foley officially saying it would be the women but then backtracking with the lame excuse of there can be multiple main events.

Here’s the thing: Banks vs. Charlotte main eventing is a major story and a first time ever moment that makes WWE look like they’re trying to do something special. If Owens vs. Rollins goes on last, it’s just not that interesting. They’re in a lame feud and it’s not going to matter to have them go on last. Just let the women, in Banks’ hometown, do something historic for a change so the fans can have some fun. 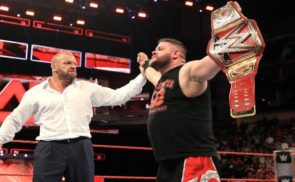 Hell in a Cell Preview – Seth Rollins vs. Kevin Owens 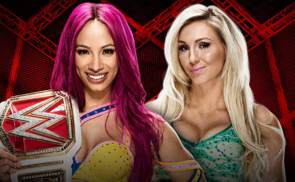 Rumor: Sasha Banks vs. Charlotte Will Close “Hell in a Cell”