One of the few non-Cell matches features the New Day defending the Tag Team Titles against Cesaro and Sheamus. Several people, including myself, have gone on several rants about how stupid it is to just throw Cesaro and Sheamus together after all those weeks of them fighting each other but ok, whatever. They’re getting the title shot here.

That being said, there isn’t the greatest case for new champions here. Sure New Day has gotten a little more stale over the last month or so, but they’ve held the titles for well over a year and are about six weeks away from setting the all time record. If WWE just MUST go with Cesaro and Sheamus as a team and wants them in the title picture, let New Day break the record and then go with the new champions sometime around Christmas. New Day should keep the belts here, not defend them at “Survivor Series 2016”, and then lose them at some point in the future. 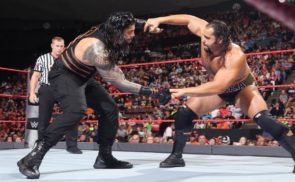 Hell in a Cell Preview – Roman Reigns vs. Rusev 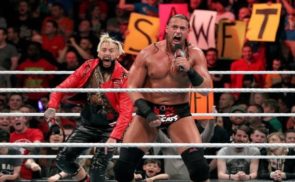 Hell in a Cell Preview – Enzo & Cass vs. the Club