The Dudley Boyz make up one of the most-loved tag teams in wrestling history, with prolific tenures in ECW, TNA, and during WWE’s Attitude Era. Their recent run in modern WWE may not have been their greatest, but it’s opened the door for one half of the 24-time tag team champions to have a continued impact on the product.

Rumors have been swirling all week that WWE was interested in bringing on D-Von Dudley as a backstage agent to take a hand in booking and planning matches. A number of social media posts, including a congratulations from Bubba Ray and a photo at “Clash of Champions” with one of WWE’s Spanish announcers, have all but confirmed the new position.

Few wrestlers can claim to have the amount of experience that D-Von Dudley does, and that experience will be an excellent boon for WWE’s current wrestlers, especially in the tag team division.

D-Von’s tag team partner recently returned to action as Bully Ray at the indie show “House of Hardcore 18,” involving himself in a fight between Tommy Dreamer and “Broken” Matt Hardy. Never say never, but it seems unlikely that the pair will be working again as the Dudley Boyz.

Do you think D-Von will be a good fit in this backstage role? Or will you miss Team 3D’s hardcore action? Testify in the comments! 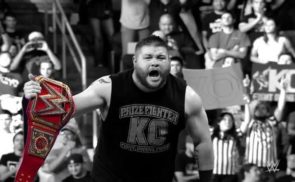 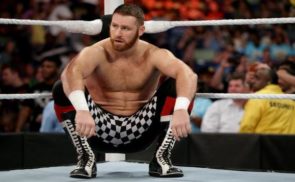 Reaction: For Sami Zayn, A Little Push Will Go A Long Way