If there’s one thing you can say about Chris Jericho, it’s that the dude knows how to have a good time. Nowhere is that more evident than in his New Year’s Eve party last night.

The Ayatollah of Rock ‘n’ Rolla posted a picture of the evening’s festivities, alongside some friends new and old.

Mike Knox, who had a serious presence in WWE’s rebooted ECW, was on hand, as was the legendary WWE/WCW ring technician, Dean Malenko.

Dean looks a bit out of sorts among all the youngsters, but hey, he’s probably having a good time.

John Cena and Nikki Bella also shared their New Year’s celebration, which looked to be a lot more intimate–and expensive.

Even if Cena is a “part-timer,” it doesn’t look like those paychecks have slowed down at all. Geez.

Here’s to a baller 2017 for everybody in WWE–and everybody outside of wrestling, too! Happy New Year!

Which WWE New Year’s party do you think would be most fun to attend? Let us know down in the comments, or over on Facebook! 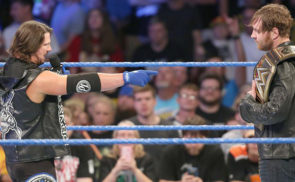 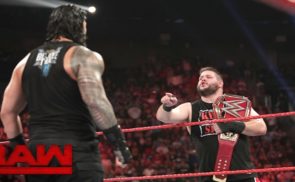