Since Sunday’s “Royal Rumble” pay-per-view went off the air, I have received comments from fans across all social media platforms, both loving and hating the outcomes of the “Rumble” match.

I felt like instead of arguing with fans back and forth, I would share my experiences from that night-as someone who was in attendance in Orlando LIVE. I will also be sharing some of my personal pictures/videos from the event.

First, let’s recap some key highlights from the card: 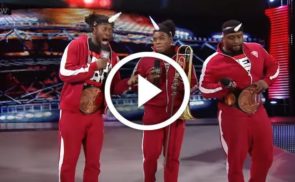