The latest edition of “Wrestle Observer Radio” with Dave Meltzer and Bryan Alvarez has provided a possible spoiler for the IC Title Ladder Match outcome at WrestleMania 31 on March 29. As previously reported, Bad News Barrett will be defending the Intercontinental Championship against Dean Ambrose, Daniel Bryan, Stardust, R-Truth, Dolph Ziggler, and Luke Harper in a Ladder Match at the company’s biggest annual PPV event.

According to the report given in the program, Daniel Bryan is slated to be the victor of the Ladder Match and leave WrestleMania with the Intercontinental Title on March 29. This was the penciled in outcome to the bout as of March 17, however the card and results are always subject to change all the way up to just before the match takes place.

While WWE may have changed their minds by this report, Bryan was indeed slated to be the front runner as the next guy they wanted holding that title, as they believe he will help elevate the championship back into some prominence given his connection to the WWE Universe. The belief is then Bryan can restore the “work horse” credit that the title used to hold, and help elevate guys from the mid-card to main event level in programs based around the IC strap.

I picked Daniel Bryan to win this match in the WrestlingRumors.net WrestleMania predictions yesterday. Let’s hope this rings true. 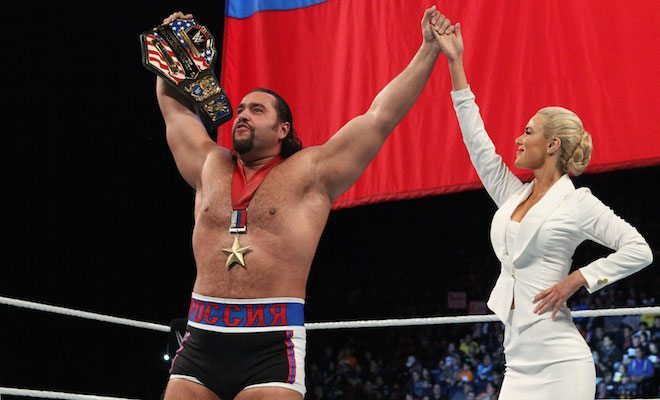 Backstage Word on Lana Appearing with Rusev at WrestleMania