WWE Hall of Famer Mae Young has passed away. She was 90 years old.

As we previously reported, Young has had multiple health issues as of late and has been living under hospice care. Young was taken off of life support on the evening of Jan. 8. After fighting for her life for almost a full week, Young finally lost the battle as she passed away on Jan. 14.

#RIPTheOneandOnlyGreatMaeYoung A true pioneer and legend has passed tonight. Long live the memory of my friend and @WWE Hall of Famer.

“WWE is greatly saddened by the news that WWE Hall of Famer Mae Young, beloved member of the WWE family and oldest living squared circle personality, has passed at the age of 90.”

Young, who was born on March 12, 1923 as Johnnie Mae Young, was an pioneer in the world of women’s professional wrestling. Without superstars such as Young and The Fabulous Moolah, women in wrestling would probably still look a lot different than it does today. Young garnered respect in the ring, winning multiple NWA titles throughout her career with the company, including the NWA Florida Women’s Championship and the NWA United States Women’s Championship.

Young began the second part of her career however in WWE. Young, along with her friend and wrestling student The Fabulous Moolah, started appearing on WWE programming as a comedic duo of women wrestling legends during the “Attitude Era.” After multiple WWE television appearances between 1999 and 2013, including one in which she gave birth to a rubber hand, and one where she was powerbombed through a table by Bubba Ray Dudley, WWE officials recognized her with a WWE Divas Championship on her ninetieth birthday. The company deemed her, “Forever the Divas Champion,” and celebrated with her on camera during an “Old School” edition of “Monday Night Raw.”

She has been inducted into both the Professional Wrestling Hall of Fame and the WWE Hall of Fame. Young, who was set to appear on the Jan. 6, 2014 “Old School” edition of “Monday Night Raw” before falling ill, will go down in history as being the only professional wrestler to compete in documented matches throughout nine different decades. Young competed in her first match in 1939, and had her last in 2010.

Young was a legend of the industry, and left her mark on everything she was a part of. Whether it was attempting Bronco Busters, having storyline intercourse with Mark Henry, training The Fabulous Moolah, making women’s wrestling popular during World War II, or competing in lingerie matches with the likes of Ivory and the Kat, memories of what Young did to entertain wrestling fans in and out of the ring will live in our thoughts forever.

Our condolences, thoughts, and prayers go out to the family, friends, and loved ones of Mae Young, who is “forever the Divas Champion.” 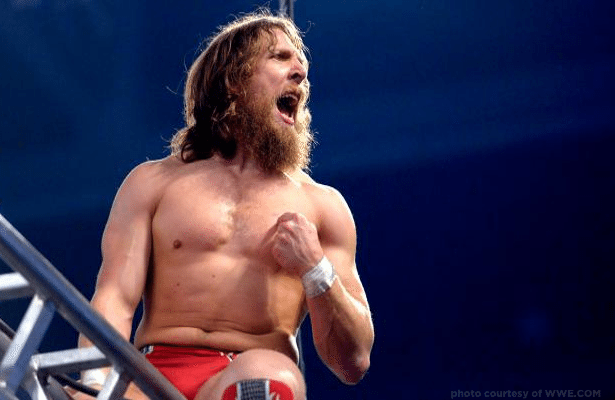