In a recent post on his official website JRsBarBQ.com, WWE Hall of Famer Jim Ross says young talent should learn how to cut promos by watching Paul Heyman while he performs in the ring. Ross makes this statement on the cusp of a great promo Heyman delivered during the opening segment of the July 6 edition of “Monday Night Raw.”

Ross discusses Heyman’s delivery and how beneficial it could be for young WWE superstars to try and pick up tips from Brock Lesnar’s advocate, saying,

“Paul Heyman adds so much to RAW when he’s on the show especially, and obviously, with Brock Lesnar. Paul’s verbal skills are unparalleled in the business today and he seems to get better with time. Hope young talents every where are paying attention.

Heyman doesn’t play advocate for his client. He IS an advocate IE Paul is a natural extension of his real personality. Tough Enough participants need to especially be closely watching him. Lesnar, on the other hand, has animal magnetism that can’t be taught.”

Ross also says he would have loved to have been asked to appear on the panel of guests that told stories about the late WWE Hall of Famer “The American Dream” Dusty Rhodes following the July 6 edition of “RAW” on the WWE Network.

“Would to have been on the panel on the WWE Network discussing my late friend, Dusty Rhodes. Good job by all involved. Hard to believe that The Dream is gone.”

Rhodes was the “professor of promos” in WWE’s developmental brand NXT before passing away. He met with talent and tried to help them develop better skills on the microphone. Recently, WWE Hall of Famer “Superstar” Billy Graham lobbied for Rhodes’ former position, but it appears as if Ross believes Heyman would be a better man for the job.

Heyman is a wordsmith. He should replace Rhodes in NXT if they want their new talent to become more equipped on the mic.

Chyna Talks About Her Issues with the McMahons, Triple H, the WWE Hall of Fame, and More 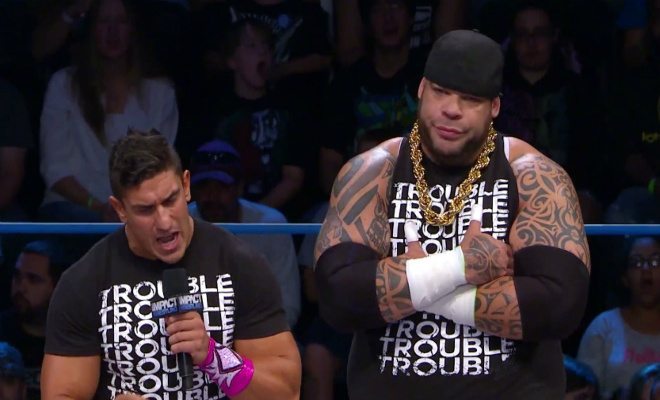 Tyrus (Brodus Clay) Talks About His Frustrations with TNA Wrestling