Report: WWE Knew About Roman Reigns’ Violation Before “Money In The Bank”

On a breaking edition of Wrestling Observer Radio yesterday, Dave Meltzer reported that WWE knew about his wellness violation before the “Money In The Bank” pay-per-view. This could be a reason why the company made the decision to have Dean Ambrose win the “Money In The Bank” briefcase, and have him cash in at the end of the night, becoming the new WWE World Heavyweight Champion.

It was announced on “Monday Night Raw” that Reigns will face both Ambrose and Seth Rollins for the World Championship at “Battleground” on July 24. Meltzer would go onto say that Reigns’ suspension will end on July 21st, which is 3 days before the event. This means that Reigns could conceivably still compete at the pay-per-view.

It should be noted that at last night’s “Smackdown” tapings, a graphic was shown that illustrated that was promoting that the Triple Threat match was still on for “Battleground.” This was after the news was made public about Reigns’ violation.

Reigns posted the following on Twitter yesterday, acknowledging his situation:

I apologize to my family, friends and fans for my mistake in violating WWE’s wellness policy. No excuses. I own it. 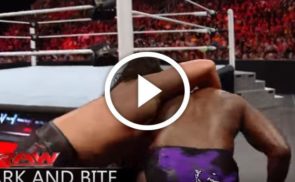 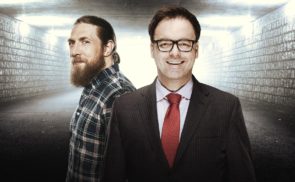