The protege seeks revenge. WWE has posted a new video to its YouTube channel in which they show the full match between Triple H and Randy Orton for the WWE Championship from WrestleMania XXV (25).

The match began with not one bang, but two, as Triple H and Orton both hit their patented maneuvers (the Pedigree and RKO respectively) within moments of the contest’s start. The Game dominated the early match, prompting The Legend Killer to move the fight outside of the ring. Keenly aware of the stipulation that would have the WWE Championship change hands on a disqualification or count-out, Orton hoped to leave his opponent battered and broken outside the ring as the referee counted to 10. But Triple H was running on pure fury, repeatedly coming back from the third-generation Superstar’s underhanded tactics.

With his options running out, Orton took out the referee, giving himself a few unsupervised moments to retrieve a sledgehammer from underneath the ring. But as he started to climb back in, Triple H served the venomous Superstar some of his own medicine, delivering a vicious punt and retrieving the sledgehammer for himself. While the ring official was still incapacitated, the WWE Champion clobbered Orton, setting him up a game-winning Pedigree and three-count.

I remember watching this match and after both superstars hit their finishers early, it all went downhill from there. The buildup to this match was one of the best of the card, but I felt like this match fell a bit short for whatever reason. However, it doesn’t take away from the fact that these are two of the greatest superstars of all time and their storytelling throughout the build was tremendous. 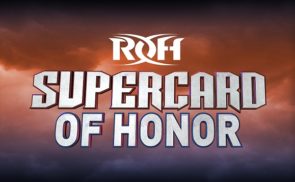