You can’t escape the phenom. WWE has posted a new video to its YouTube channel in which they show the full match between Brock Lesnar and Seth Rollins for the WWE Championship at Battleground 2015. The Undertaker made his return to WWE near the end of the match to confront The Beast.

Seth’s survival strategy was simple: stay on the run and attack Brock’s knees when the opportunity presented itself. Lesnar’s strategy was even simpler: destroy. The Beast controlled the pace for the bulk of the contest. His first German suplex connected barely a minute into the match — a throw so powerful that Rollins actually bounced up off the mat and landed face down. A second one immediately followed. And then another and another. By the time Lesnar delivered the fifth straight suplex, you knew it was going to be a long night at the office for Seth Rollins.

There was no escape for the champion. When a battered Rollins attempted to run out of the arena with his title, Brock bolted out of the ring and hurdled over the barricade in one insane motion. Within seconds, The Architect was in The Beast’s grasp and thrown back into the ring.

The suplexing continued. Rollins folded like a bad poker hand on the sixth toss. But when Brock went for a seventh, Rollins used his insane agility to land on his feet. The Architect grabbed his biggest advantage of the bout at this point, throwing kick after kick at his massive challenger. The opportunist went for a Pedigree, only to be snapped up into an F5. Rollins avoided the move, however, and continued his frenzied attack on The Beast. Two straight dives wobbled Brock on the outside, but when he went for a third, Lesnar slid back in the ring and dispatched Seth with a belly to belly suplex. Then it was four more German suplexes that would have made Karl Gotch cringe.

All that talk about Suplex City leading up to WWE Battleground wasn’t just clever marketing. Lesnar gave his opponent a personally guided tour of America’s most dangerous borough, continually using Rollins’ skull to leave gaping potholes up and down Main Street.

The champion was roadkill at that point and Lesnar, with perhaps a shred of sympathy, powered him up and took him out with an F5. There was no way Rollins was kicking out, but then he didn’t have to. The Undertaker arrived like some mad avenger, a conflicted hero hell-bent on retribution. It had been more than a year since Lesnar beat The Deadman at WrestleMania,  snapping The Undertaker’s legendary 21-0 winning Streak in the single most shocking moment in WWE history.

This was an awesome moment. Not only does Lesnar continue to bring a level of intensity and realism that is unmatched by anyone in professional wrestling, but The Undertaker returned in such a believable way to get revenge on The Beast, that it made for a special evening for all involved! 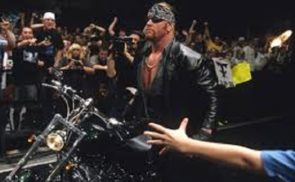 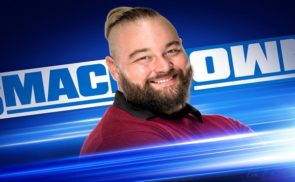