You can always depend on your friends.  WWE has posted a new video to its YouTube channel in which they show the full match between Sasha Banks & Bayley vs. Charlotte & Dana Brooke from Battleground 2016.

The champion and her enforcer seemed confident that Banks wouldn’t be able to find a partner, but The Boss proved them wrong as the WWE Network event started. The WWE Universe was ecstatic to see Bayley, erupting in cheers as her trademark wacky waving inflatable arm-flailing tube men soared toward the Verizon Center’s rafters. The rapturous cheers quickly turned to jeers as Charlotte and Dana ambushed their opponents before the bell. The WWE Women’s Champion pounced on Bayley, but the resilient NXT Superstar fought out of the corner with a diving elbow and sent Banks into action.

A fired-up Boss charged at Charlotte and unleashed a hurricanrana off the ropes. However, the steely champion took advantage of her rival’s high energy, trapping Banks in her corner, where she and Brooke worked Sasha over. Banks slipped out of their clutches and tagged Bayley in, but the cheery Superstar was sent neck-first into the turnbuckle, ensuring Charlotte and Dana stayed in control.

Bayley rallied and tagged Sasha back into the match, where The Boss nearly picked up the victory with the Bank Statement, only for Dana Brooke to save her by pulling the WWE Women’s Champion out of the ring. Bayley neutralized the meddling Brooke at ringside with a dropkick, leaving Sasha alone in the ring with Charlotte. The Boss took advantage of the situation, locking on the Bank Statement in the center of the ring. Charlotte had no choice but to tap out, giving Bayley and The Boss a big victory.

I always smile and get goosebumps whenever I see Bayley make her entrance in this match. She was incredibly over at this point in her career just from her time in NXT and the smile on Sasha Banks’ face as she gets to see her best friend make her main roster debut was a really special moment. It’s crazy to think how far Bayley’s character has evolved over the last few years! 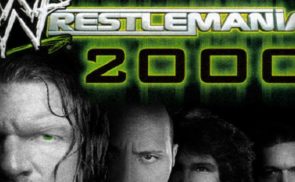 REVIEW: WrestleMania 16: It’s All About The McMahons 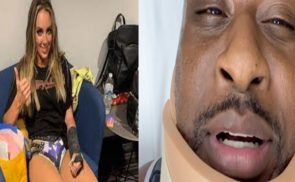