The greats all have to start somewhere. WWE has posted a video to their YouTube channel in which they show the full match between Daniel Bryan and The Miz from Night of Champions 2010. It was in this contest that Bryan captured his first United States Championship.

The showdown between these two rivals had been a long time coming. After constantly butting heads on WWE NXT, their animosity intensified at SummerSlam when Daniel Bryan was handpicked by John Cena as the seventh member of Team WWE in their match against The Nexus — a spot The Miz believed was rightfully his. Taking out his frustrations on his former Rookie, Mr. Money in the Bank attacked the submission specialist that night and continued to do so in the weeks that followed.

But Daniel Bryan isn’t the type of guy to back down from a fight. More often than not, the aggressive Superstar turned the tables on The “Awesome One,” punishing him with the brutal LeBell Lock submission hold. It was this very maneuver that Daniel Bryan utilized tonight to defeat the cocky Cleveland native. Even with The Miz’s season two NXT Rookie Alex Riley attempting to interfere on his Pro’s behalf, the Raw Superstar refused to be denied and cinched in his devastating hold even tighter until The Miz cried out in submission.

My guess is that this match is shown to build up to these two’s upcoming clash at the Super Show-Down pay-per-view this Saturday. It’s going to be incredible, as the chemistry between these two is amazing. I can’t wait to see it! 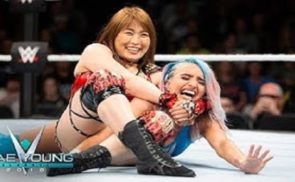 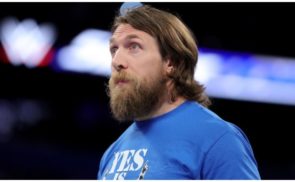